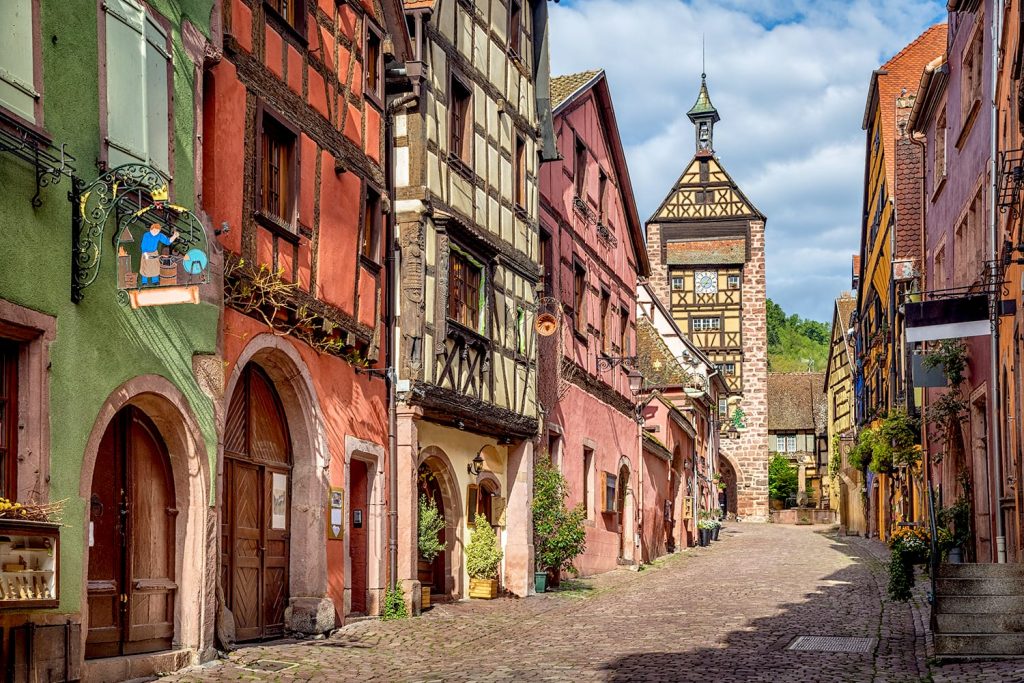 Sergey Dzyuba / shutterstock.com
Disclosure: This page contains affiliate links, and at no additional cost to you, we earn a small commission if you click through and make a purchase.

While France has many world-class tourist destinations, Strasbourg is not often mentioned amongst them. That is, outside of the winter season when the city plays host to one of the best Christmas markets in Europe. Now, while you can see the main sights in just one day in Strasbourg, there are loads of other great destinations that surround the city. With a day trip or two, you can expand on your time in Strasbourg.

One of the nice things about the best day trips from Strasbourg is that you’re not just restricted to places in the local Alsace region. Not only can you explore other regions of France, but you can even jump over to neighboring Germany for the day. To make your life easier, we’ve compiled ten of the best day trips which are both possible and showcase what makes this part of Europe so unforgettable. So without further ado, here are the best places to visit from Strasbourg.

Note on How to Get Around

Although many of the day trips mentioned below can be done by public transport, for more flexibility and independence consider renting a car for the day. Your own 4 wheels allow you to be in control of your time and schedule, and depending on how many people are in your group, renting a car might work out even cheaper than using other forms of transportation. You can compare car rental deals and find the cheapest prices at Rentalcars.com.

Don’t want to drive or deal with the hassle of public transport? No worries, we have listed the best tour for each day trip (if available) for you below.

After Strasbourg, Colmar is the next most popular destination in France’s Alsace region and one of the best places to visit in France, the city boasts an enchanting old town full of cobblestone streets and half-timbered houses. Of the many quaint medieval and early Renaissance buildings found around town, Maison Pfister is one of the prettiest. For more charming scenery, head over to the riverfront neighborhood of Little Venice, an area which simply bursts with color and is best experienced by boat. Also worth seeking out in town is the St. Martin’s Collegiate Church with its impressive Gothic architecture. With all of its historic character, Colmar is one of the most common day tours from Strasbourg.

Getting there: To reach Colmar from Strasbourg, you can take one of the regular trains which make the short 30 minute trip there. To visit other places in Alsace in the same day, it’s best to go on a guided tour.

There are plenty of things to see in France outside of Strasbourg, but Eguisheim should definitely not be missed. Eguisheim is another darling of the Alsace region owing to its medieval look. Rings of half-timbered houses circle out from the Château Saint-Léon in the center of the village. Although now a church, you can still see some remains of this 13th century castle which once stood there. From there, you’ll surely want to wander through the narrow streets of Eguisheim to bask in the fairytale-like atmosphere of the village. Moving on from the half-timbered houses and their windowsills full of flowers, you’ll find vineyards all around the village. A little further into the nearby hills you can search for Château du Hohlandsbourg or the ruins of Husseren-les-Châteaux.

Getting there: Eguisheim isn’t the easiest place to reach with public transport, requiring you to first take the train to Colmar, switch to one of the regular buses which run to the neighboring village of Wettolsheim, from where you’ll need to walk. It’s much simpler to visit Eguisheim as part of a guided tour of the region.

Continuing our trend of adorable little towns surrounding Colmar we have Riquewihr, another of the classic Strasbourg day trips. Again sitting along the Alsace Wine Route, Riquewihr is a preserved medieval town made up of the usual rows of half-timbered houses that this part of France is so famous for. One notable difference in this town though is its fortified walls which have managed to survive to this day. Among its 16th-century houses you’ll come across several museums which examine medieval life such as the Tour des Voleurs torture museum, Dolder Tower weaponry museum, and the Maison de Vigneron which focuses on wine-making. After all that sightseeing, reward yourself with one of the town’s acclaimed Riesling wines.

Getting there: Travel to Riquewihr from Strasbourg by first taking the train to Colmar, from there you’ll need to take one of the few buses that run the route to town. Alternatively, a much simpler solution is to visit Riquewihr on a guided tour of the region.

Alsace isn’t the only region of France worth exploring in this part of the country, as proven by the pretty city of Nancy in Lorraine. Begin your visit at the UNESCO-recognized Place Stanislas to see its stately architecture, elegant fountains, and incredible gilded gates. Taking a walk through the city’s Old Town you’ll find quite a few baroque palaces which have been repurposed, including the building that now houses the Musée Lorrain. Inside what was once the Palais Ducal you can learn more about the region of Lorraine and its culture. Be sure to explore the outer edges of the Old Town to find grand old city gates like the Porte de la Citadelle and Porte Stanislas. Last but not least is the Musée des Beaux-Arts with its respected collection of fine art.

Getting there: The journey from Strasbourg to Nancy by train takes 1½ hours, but has a limited number of departures.

Even though there’s plenty to see in France, Strasbourg is so close to the German border that it also opens up destinations like Baden-Baden. This spa town in the Black Forest is just a short trip from Strasbourg and has the grand atmosphere you’d expect in an old-fashioned spa resort. Begin your visit with a stroll down the town’s main promenade, Lichtentaler Allee which has terrific park views. Next, you can visit grand colonnaded buildings like the beautiful Trinkhalle inside the Kurhaus complex with its arcade decorated with frescoes. At the heart of the complex though is the lavish Baden-Baden Casino, Germany’s oldest casino and one of its most exquisite. Elsewhere in town there are museums like the Fabergé Museum which has Faberge eggs on display and the Museum Frieder Burda showcasing modern German art.

Getting there: When it comes to easy train trips from Strasbourg, it doesn’t get easier than Baden-Baden. In an hour by train you’re across the border and in Baden-Baden, regular connections are available. Alternatively, you can book a day tour to Baden-Baden.

Germany’s Black Forest is well stocked with interesting destinations to visit, including the university city of Freiburg. Begin your time in Freiburg im Breisgau by heading straight for the Freiburg Minster, the city’s towering Gothic cathedral. While impressive from the outside, you’ll still want to venture in, even if it’s only to climb up the tower for some sweeping city views. Back down at Münsterplatz, outside the cathedral, you can see the traditional buildings lovingly restored after they were destroyed in World War II. As you explore Freiburg, make sure to keep an eye out for the little streams or bächle which run all through the Old Town. One museum not to miss there is the Augustiner Museum inside a former monastery with displays on medieval art.

Getting there: You can get to Freiburg from Strasbourg on the hourly trains connecting through Offenburg that take between an hour to 1½ hours.

With Heidelberg widely considered to be one of Germany’s most captivating towns, it only makes sense that it is also one of the best side trips from Strasbourg. Set out first for the Marktplatz, the main square in Heidelberg’s Old Town. Watching over the square is the Heiliggeistkirche church, a Gothic structure, the tower of which can be seen around town. A short walk away you’ll find the scenic Old Bridge across the Neckar river. The town’s big highlight though is the magnificent ruins of Heidelberg Castle. Take the local funicular up the hill and admire the grand Renaissance architecture up close from the surrounding gardens. Of course, then you get the view back down to town as well. Before leaving, why not grab a drink at one of Heidelberg’s many beer gardens favored by the town’s university students.

Getting there: Train connections from Strasbourg to Heidelberg aren’t all that frequent, but the journey only takes about 1 hour 40 minutes.

If life in Germany’s Black Forest fascinates you, then a visit to the Black Forest Open Air Museum is definitely in order. Found in the village of Singersbach, the open air museum explores the culture and history of the region and is home to over 20 historic buildings. The museum is centered around the Vogtsbauernhof farmhouse as it is the only building originally from there; the rest were relocated from throughout the Black Forest. Inside the museum you’ll have a chance to experience local rural life with its six fully-furnished farmhouses, farm animals grazing nearby, and other traditional buildings including mills, kitchens, and even a distillery. The museum also hosts numerous events during which you’ll see lots of people dressed up in traditional costumes, creating quite the atmosphere.

Getting there: Getting to the Black Forest Open Air Museum takes around 2 hours on public transport. Take the train via Offenburg to Hausach, from where you’ll have about a 30 minute walk.

For those struggling to decide between visiting somewhere in France or in Germany, the city of Metz proves the perfect compromise. Found northwest of Strasbourg in France, Metz is a city with quite a strong German influence due to past border shifts and wars. Visits tend to focus on the city’s many cultural landmarks, starting with the striking Gothic Metz Cathedral. Having admired the cathedral and its gorgeous stained glass windows, head through the main square of Place d’Armes to find the Opera-Théâtre, France’s oldest theater and opera house. After taking in the curious architecture of the old town, head either to the Musée de la Cour d’Or for local ancient Roman artifacts, or the Centre Pompidou-Metz for a look at its modern art.

Getting there: Getting from Strasbourg to Metz by train takes between 1½ – 2 hours, although bus connections are more frequent and also take 2 hours.

While we’ve touched on the best known destinations in Alsace, one village in the region that receives less attention is Kaysersberg. Start a trip there by the Fontaine Constantin, a pretty fountain surrounded by classic half-timbered houses. From there, wander about the small village, making sure to spend plenty of time along the Weiss riverfront. At spots like the Ancien Lavoir or Pont Fortifie you’ll be treated to stunning views of old-fashioned houses lining the river. One attraction that’s hard to miss in Kaysersberg is the Château du Hohlandsbourg, a beautifully restored castle. On a visit to this 13th century castle you can not only see it up close and take in its town views, but also visit the castle museum.

Getting there: As with other villages around Colmar, reaching Kaysersberg by public transport isn’t that easy. From Strasbourg, first take the train to Colmar and then a local bus to Kaysersberg, but know the bus only runs every few hours.

As you can see, there are many day trips possible from Strasbourg. These are just some of the places you can discover with a spare day or two. Whether you choose to explore more of France, or hop over to Germany, you won’t be disappointed in what you find. 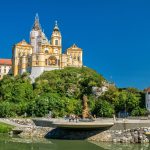 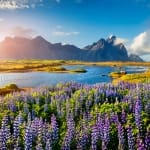 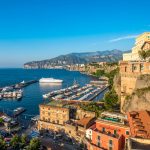 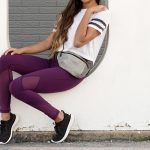 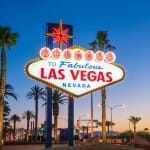 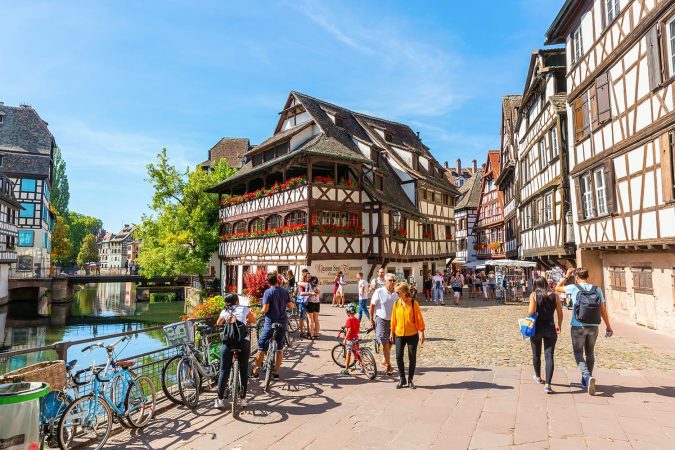 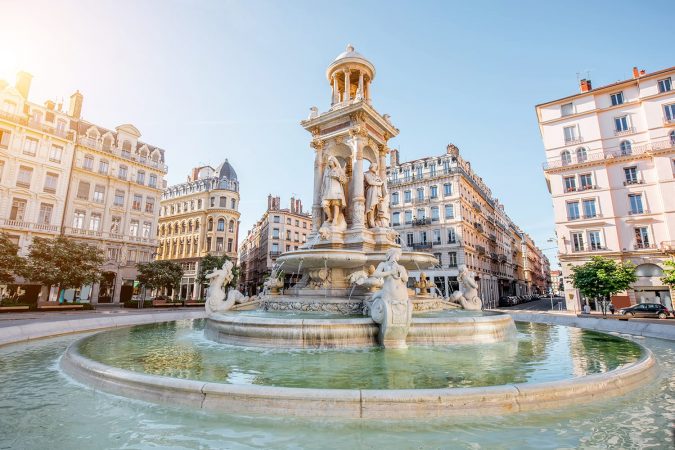 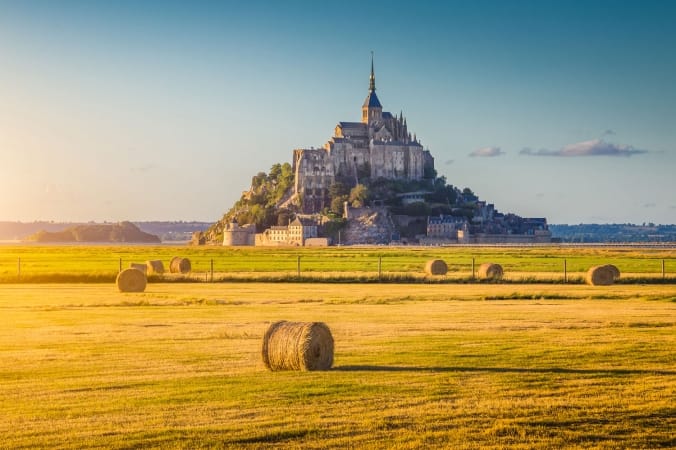 Tips for Visiting Mont-Saint-Michel from Paris 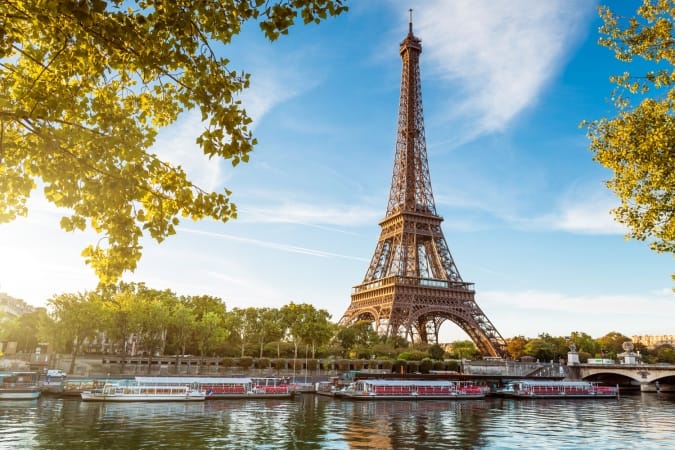 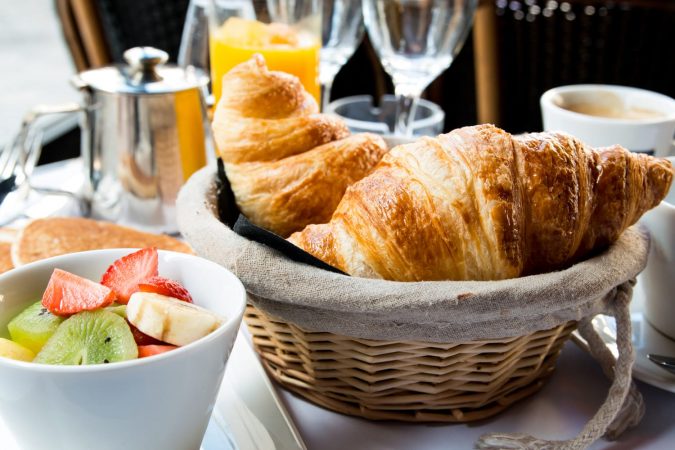 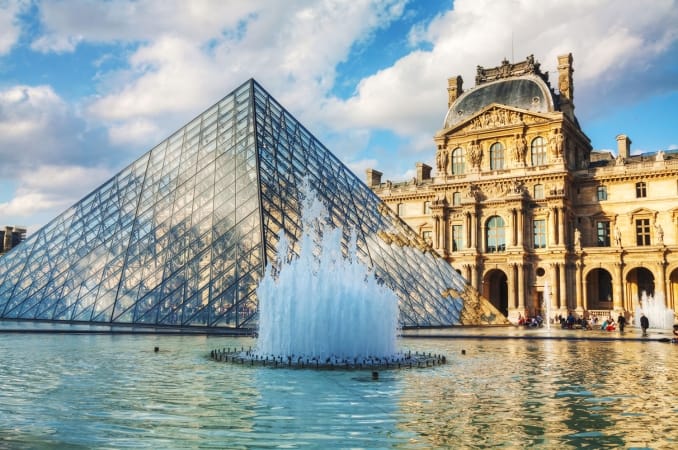 15 Best Things to Do in France 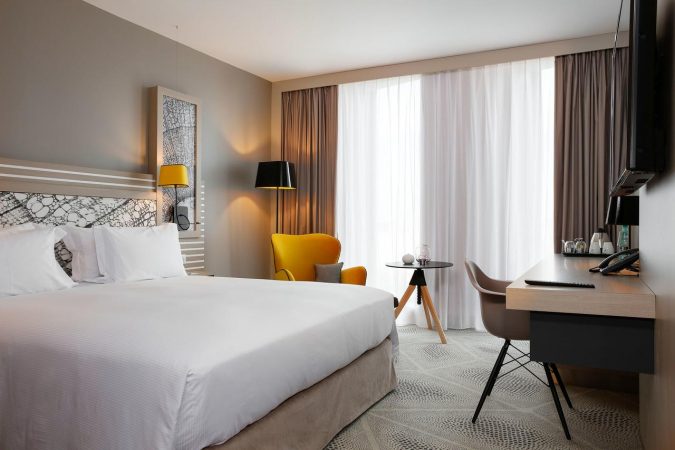