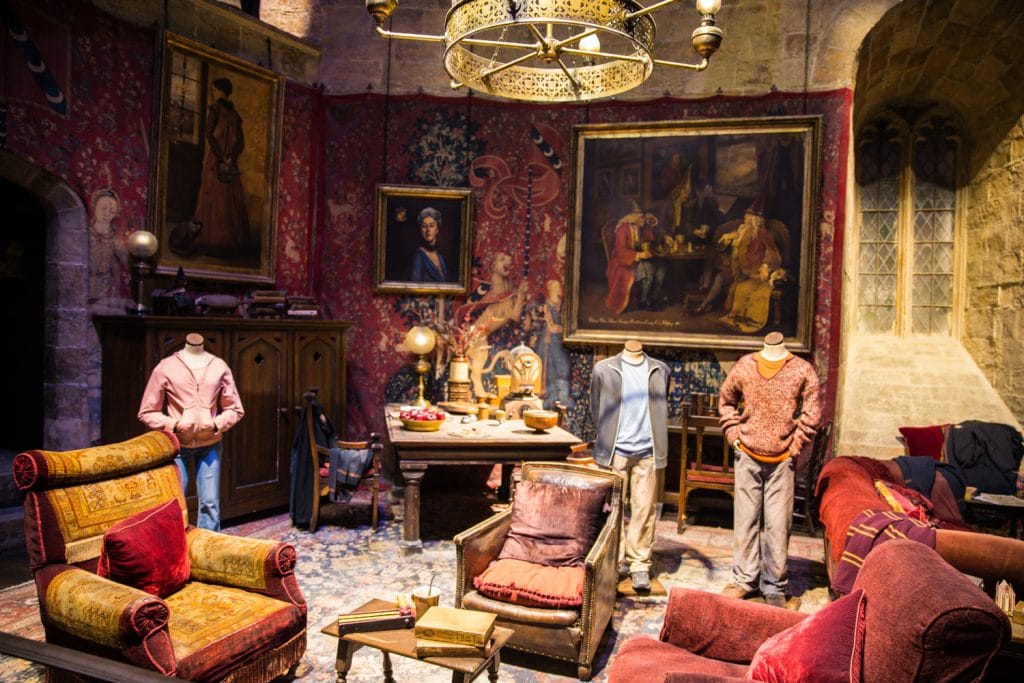 tipwam / shutterstock.com
Road Affair is reader-supported and may earn commission from purchases made through links in this article.

J.K. Rowling probably couldn’t have imagined how successful the Harry Potter series would be, and even though the series has ended, many people are still totally obsessed with Harry Potter. If you’re a true Potterhead (like me :D), you absolutely have to check out these Harry Potter destinations so you can tap into your inner wizard.

Built in the 11th century, the castle grounds are where Harry and his friends first learned to fly their broomsticks in Harry Potter and the Sorcerer’s Stone. Alnwick Castle is also where Harry learned the rules of Quidditch.

Book a day tour to Alnwick Castle from Edinburgh here!

Grab a coffee and a good book so you can enjoy the coffeehouse where J.K. Rowling spent countless hours creating one of the most popular book and movie series in the world. Make sure you bring a marker with you so you can add to the heartfelt messages on the bathroom wall.

London’s most beautiful Victorian market was the location of some of the Diagon Alley scenes. Leadenhall Market also houses the shop used as the entrance of the Leaky Cauldron from the fourth movie in the franchise, Harry Potter and the Goblet of Fire.

Book a tour to and on the Jacobite Steam Train from Inverness here!

The filming location for several different scenes throughout the series, you may recognize it as the location of Hagrid’s hut during the first two films, the Forbidden Forest, or where Hagrid showed Harry the dragons in Harry Potter and the Goblet of Fire.

Fun fact: Black Park appears at least once in every Harry Potter film.

The College of Wizardry uses this medieval castle to make your dream of becoming a witch or wizard come true. Here you’ll be part of a huge four-day/three-night live-action role-playing experience. You’ll attend magical arts classes and live in one of the “Houses of Czocha Castle”. This is a wizarding experience you won’t soon forget.

Want to spend a night at Hogwarts? Book a stay at Georgian House Hotel. They offer Harry Potter-themed rooms decorated with spell books, potions, cauldrons, trunks, and faux castle details such as stained glass windows and stone walls. To make sure you get the full Harry Potter experience, the hotel also offers a walking tour of London attractions that were featured in the Harry Potter series and “The Making of Harry Potter Tour” at Warner Bros. Studio London.

8. The Wizarding World of Harry Potter

Travel back to your childhood and experience The Wizarding World of Harry Potter. Explore Hogsmeade and Hogwarts, and even take a ride on the Hogwarts Express. With one in Los Angeles, one in Florida, and one in Japan, you have three opportunities to enjoy roller coasters, shops, and restaurants that bring the world of Harry Potter to life :)

All real Harry Potter fans have wondered about finding the magical platform to get to Hogwarts. At Kings Cross, not only will you find Platform 9 ¾, but you’ll also find a shop where you can stock up on Harry Potter gear. Don’t forget to get your picture taken with the famous luggage trolley before you head out on your magical journey!

Do you remember when Harry went into Hogwarts’ library undetected due to his invisibility cloak? Well, the Duke Humfrey’s Library, the oldest reading room in the Bodleian Library, was where all that magic was filmed. To see this part of the library you’ll need to book a private tour, unless you have an invisible cloak like Harry did! The Bodleian Library was also the site of the infirmary in four of the Harry Potter movies.

Book a Making of Harry Potter tour to the Bodleian Library in Oxford here!

Christ Church’s Great Hall was the inspiration for the impressive Hogwarts Dining Hall. When you visit Christ Church, you may also notice it’s home to the staircase where Professor McGonagall first met Harry, Hermione, and Ron.

You can see the very room where Hermione learned to levitate a feather in Professor Flitwick’s Charms class at Harrow School. A tour of this real-life boarding school will give you a firsthand look at the Fourth Form Room where the wizards tried to perfect the Wingardium Leviosa spell.

The Millennium Bridge collapsed into the River Thames during the dramatic open of Harry Potter and the Half-Blood Prince. While the Death Eaters destroyed the bridge in the film, in reality the pedestrian-only bridge still stands strong and offers great photo ops of the river and of the St. Paul’s Cathedral.

The Exhibition travels internationally to allow Potter fans to view thousands of authentic costumes, props, and creatures in the best film sets from the movies. You’ll get to see elaborate recreations of sets like the Gryffindor common room and dormitory as well as the Forbidden Forest, you can even test out your skills in the Quidditch area. This exhibition is a must-see for any true Harry Potter fan. Visit their website for their current location.

If you take a visit to the world’s oldest scientific zoo, make sure to stop in their Reptile House. It was in the Reptile House where a burmese python spoke to Harry in Harry Potter and the Sorcerer’s Stone.

Warner Bros. Studio has created an award-winning experience that brings the wizarding world to life as you discover how they created the magic of Harry Potter. With amazing sets, authentic costumes, and genuine props, you’ll feel like you’re actually on the set of a Harry Potter film.

Buy your tickets to the Warner Bros. Studio Tour here!

Only true Potterheads will take a trip to the suburbs to visit Harry’s childhood home. 4 Privet Drive was where we first met Harry and the unpleasant Dursley family in Harry Potter and the Sorcerer’s Stone. Technically, the home for the movies was filmed in Berkshire, so you’ll find all the crowds taking their pictures at 12 Picket Post Close in Martins Heron.

Does Goathland Station not ring a bell? That’s because Warner Bros. transformed it into Hogsmeade Station. This charming station acted as the final stop where students would happily disembark to start another year at the best school for witchcraft and wizardry in the world, Hogwarts.

Book a tour to North Yorkshire’s villages and Goathland Station from York here!

Walk the footsteps of Harry Potter and all the students of Hogwarts as you explore the grounds of Lacock Abbey, which stood in for Hogwarts in two of the Harry Potter films. Used for multiple Hogwarts interior scenes throughout the series, you may remember it from the Mirror of Erised scenes, as well as the location of Professor Snape and Professor Quirrell classrooms.

In room 552 of this five-star hotel is where J.K. Rowling completed the final book of the series, Harry Potter and the Deathly Hallows. You can book the J.K. Rowling Suite and a package that includes a private tour and Harry Potter-themed cocktails starting at £2,500 per night.

Many of the outdoor scenes from Harry Potter and the Prisoner of Azkaban were filmed in beautiful Glencoe. Though the sets have been removed, Glencoe was home to Hagrid’s Hut and the Bridge to Nowhere, and HP fans can still take in the breathtaking sceneries we enjoyed so much during the movie.

Book a day tour to Glencoe, Loch Ness, and the Highlands from Edinburgh here!

You’ll recognize Seven Sisters Country Park from Harry Potter and the Goblet of Fire. The famous scene from this site happened when Harry walked up the hill and found the boots that transported him and the Weasleys to the Quidditch World Cup.

Book a day tour to the Seven Sisters from London here!

Think back to Harry Potter and the Deathly Hallows – Part 1 when Harry, Ron, and Hermione had to leave Bill (Ron’s older brother) and Fleur’s wedding when they learned Death Eaters were after them. That scene where they were running through the West End was filmed in Piccadilly Circus.

This gorgeous waterfall is the second-highest of its kind in Britain. It was also the location of the Triwizard Tournament where Harry battled the Hungarian Horntail dragon in Harry Potter and the Goblet of Fire.

We know it’s still hard to grasp that the owl never delivered your Hogwarts letter. But a visit to any of these destinations will make you forget about that as they bring the magic of Harry Potter back to life. 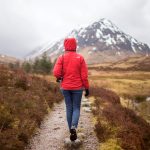 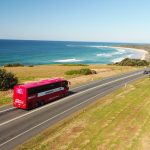 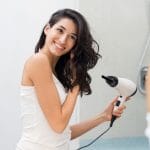 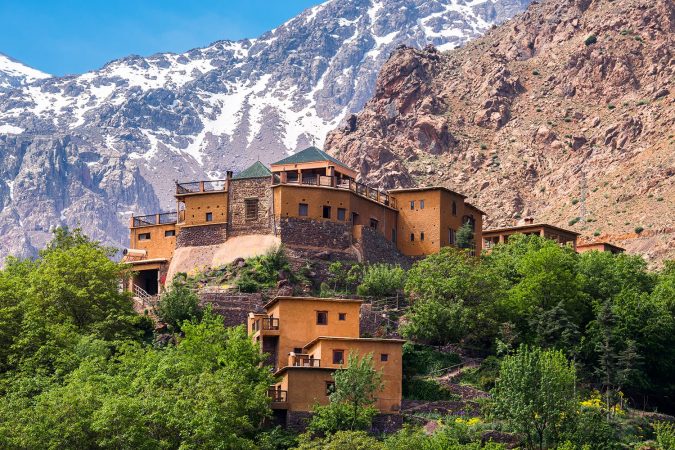 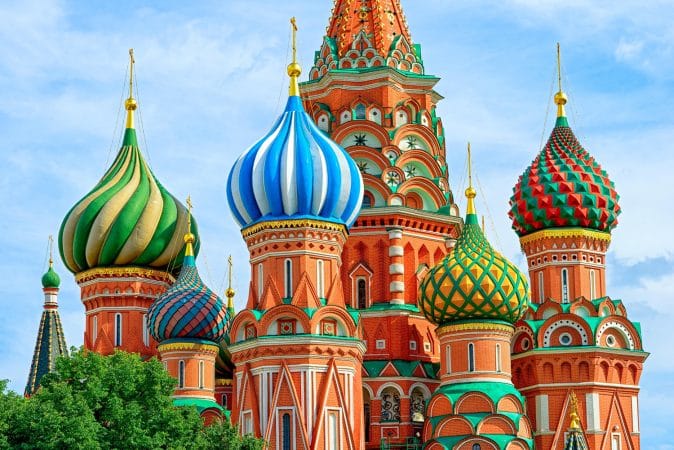