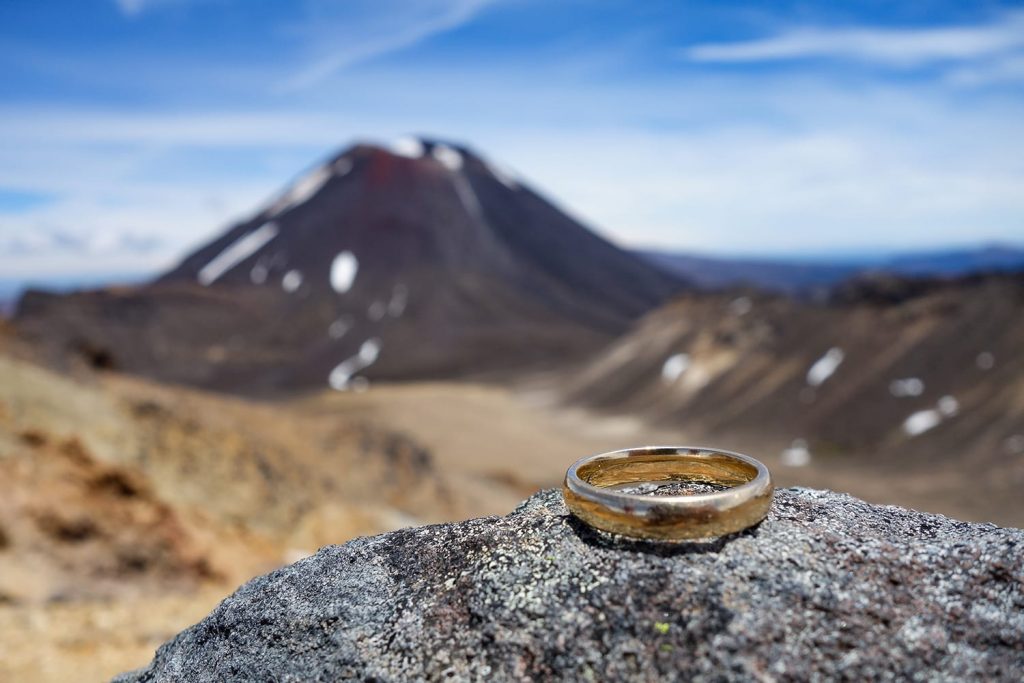 jpmayans19 / shutterstock.com
Road Affair is reader-supported and may earn commission from purchases made through links in this article.

Long before Game of Thrones did wonders for tourism in places like Iceland, Ireland, and Croatia, there was another fantasy epic that had travelers flocking to see its beautiful real world filming locations. We’re, of course, talking about The Lord of the Rings and the Pacific nation of New Zealand. Fans of the films couldn’t wait to visit all of the New Zealand destinations used as The Lord of the Rings filming locations to represent Middle Earth.

It’s been nearly 20 years since the film series was in cinemas, but The Lord of the Rings will soon be returning to our screens in a very different way. Amazon is currently in the middle of producing a TV series that will take viewers back to Middle Earth. What’s more, this series is also filming in New Zealand, which means more gorgeous New Zealand scenery. To tide you over until the new series debuts, here’s a list of where the films were shot in New Zealand.

Where Was The Lord of the Rings Filmed?

It’s common knowledge that The Lord of the Rings was filmed in New Zealand, which is home to an incredible variety of landscapes, making it well suited as a filming location.

The Lord of the Rings Tours in New Zealand

With so many fans of the films coming over to New Zealand, it is little surprise that tours became available showing travelers the film locations. Most tours to The Lord of the Rings filming locations in New Zealand focus on just one or two locations, but there are a few longer tours that visit more spots.

The Lord of the Rings Filming Locations

You can find your own way around to the different locations either by using this article or a location guidebook to help plan and navigate. In fact, the New Zealand Department of Conservation has compiled a list of locations with coordinates and access roads used to reach them, which will be invaluable on a self-guided tour of The Lord of the Rings locations.

There’s really no better place to start this list than at the incredible set of Hobbiton. The film crew actually constructed an entire hobbit village on a farm near the town of Matamata, complete with hobbit-holes built into the terrain. Hobbiton is, of course, where The Fellowship of the Ring begins, introducing us to the hobbits, Gandalf, and the One Ring. The real-life Hobbiton has been open for tours since 2002, receiving a major upgrade when it was used again for Peter Jackson’s The Hobbit trilogy. On a visit to Hobbiton, you’ll get to see hobbit-holes of all different scales but most importantly Bilbo and Frodo’s home of Bag End.

Tongariro National Park, in the center of the North Island, covers around 796 km² and is home to multiple filming locations. Two of the most popular are Mount Ngauruhoe and the Tawhai Falls.

For the better part of three films, Frodo’s quest was to reach the appropriately named Mount Doom to throw his ring into the volcano. What you might not know is that an actual volcano was used to depict Mount Doom. If you want to visit Mordor, then you’ll need to head for Mount Ngauruhoe in Tongariro National Park. The Tongariro Crossing hiking trail offers some of the best views of Mount Ngauruhoe and lets you climb up the mountain as well. Just remember, you won’t have Sam along to carry you.

Elsewhere in the national park, you’ll find a waterfall and pool commonly known now as Gollum’s Pool. Actually called the Tawhai Falls, this beautiful waterfall spot was used for the scene in The Two Towers when Gollum is fishing, unaware that Faramir and the Rangers of Ithilien have their bows trained on him. While the setting was digitally altered for the film, it really is a pretty spot all on its own.

The diverse scenery of Mavora Lakes Park was used for a number of the scenes at the end of The Fellowship of the Ring and the start of The Two Towers.

After paddling down the Anduin River, the Fellowship bring their boats to shore along North Mavora Lake. Soon after, Merry and Pippin hide from the fight with the Uruk-hai in the same area by the lake. In The Two Towers, fields and forest near the lake are used for the scene where Aragorn, Legolas, and Gimli search for the missing hobbits on the edge of the forest.

The character of Arwen makes quite the first impression in The Fellowship of the Ring. She creates a flood to wash away the Nazgûl chasing her and Frodo on horseback. The location used for this scene at the Ford of Bruinen is Skippers Canyon, which itself makes quite an impression in real life. The canyon, in a river valley outside Queenstown, is an especially picturesque spot with the Shotover River flowing through it and mountains all around.

In a trilogy full of captivating aerial shots, one of the best is of the Fellowship paddling down the River Anduin after leaving Lothlórien in The Fellowship of the Ring. Many of New Zealand’s rivers were used to depict the River Anduin, chief among them the Waiau River near Te Anau. The best way to see the parts of the Waiau River that were used for filming is to take the Kepler Track that follows the riverbank.

Fangorn Forest is quite a pivotal setting at the start of the The Two Towers, both for the characters it introduces and also for its ancient atmosphere. It might be hard to believe that such a place actually exists in New Zealand, but visit Snowdon Forest in Fiordland National Park and you’ll see it does. It’s here in Snowdon Forest, with its gnarled roots and twisted tree limbs, that we see Aragon track Merry and Pippin after they escape the Urukhai. Fangorn is also home to the Ents, but sadly you haven’t got much chance of seeing them.

Some filming locations are worth visiting regardless of their connection to The Lord of the Rings. One such location is the Putangirua Pinnacles. Caused by erosion over a hundred thousand years, this area in the Aorangi Mountain Range of the North Island features a bizarre cluster of rock pinnacles. The pinnacles were used as the backdrop to film the Paths of the Dead as Aragorn, Legolas, and Gimli go to enlist the Army of the Dead in The Return of the King.

Much of The Two Towers focused on the kingdom of Rohan, home to characters such as Eomer and Eowyn. Rohan was shown to feature endless fields across rolling hills, with dramatic mountains overlooking it and its captivating capital, Edoras, resting on a hill. While the set for the city was dismantled after filming, the splendid scenery of Mount Sunday on which it was built remains. The spot is nestled within the Southern Alps not far from major mountains like Mount Taylor and Mount Cook, guaranteeing some phenomenal views if you visit.

Cities like Wellington were not viable filming locations for The Lord of the Rings, but there are some filming locations close to Wellington worth visiting. Probably the most interesting is Kaitoke Regional Park, which was used for some scenes set in the elven city of Rivendell in The Fellowship of the Ring. Also close to Upper Hutt is Harcourt Park, which was used in the first film’s scenes of Isengard, home to Saruman. Then there’s the Hutt River, another of the rivers used for Anduin River scenes.

Could there be a more perfect name than Paradise for a destination used as the mystical elven forest of Lothlorien? Found close to popular tourist destinations like Queenstown and Milford Sound, Paradise was used for the scenes when the Fellowship first encounter the elves there. Other parts of the woods were also used later for the big fight with Uruk-hai and the death of Boromir at the end of The Fellowship of the Ring.

Continuing our tour of New Zealand’s national parks used by Peter Jackson, we come to Mount Aspiring National Park, where various scenes were shot. This large national park on the west coast of the South Island was used for all sorts of landscape shots, including various snowy peaks of the Misty Mountains. Slightly more accessible spots to visit, though, include Dan’s Paddock and the Dart River Valley, both of which were used for the landscape around Isengard, although Dart River Valley was quite heavily altered in postproduction.

Franz Josef Glacier is already one of the best places to visit in New Zealand, and the fact that it is also connected with The Lord of the Rings just gives you another reason to visit. The glacier itself wasn’t featured in the films; rather, the view from Franz Josef Glacier Valley toward Mount Gunn in the Waiho Valley was used. This incredible view is what you see as the mountaintop beacons are lit along the White Mountains calling for aid to Gondor.

Watching Sam and Gollum interact is always entertaining in The Lord of the Rings, especially when they bicker over food while making camp in The Two Towers. The campsite scene, as well as the ambush by Faramir and the Rangers of Ithilien on the Oliphaunts, was filmed out in the scrub near 12 Mile Delta Campsite on Lake Wakatipu. Near the campsite, you’ll find a lookout that shows the view Frodo, Sam, and Gollum had of the ambush.

There were some particularly gripping scenes with the Nazgûl early on in The Fellowship of the Ring. One was when they attacked the hobbits in the ruins of Weathertop. Although the ruined fortress of Weathertop isn’t real, the distinctive limestone hill they sat on certainly is. Weathertop’s hill and many moody limestone rock formations like it can be found in the countryside around Port Waikato on the North Island.

One of the harder filming locations to recognize in New Zealand is probably Kawarau Gorge near Queenstown on the South Island. This is because the two colossal stone statues of the Argonath were digitally added in. Still, it is indeed the Kawarau River and Gorge used for this spot along the Anduin River by the Pillars of the Kings. Nearby, you’ll also find the Kawarau Gorge Suspension Bridge, a popular spot for bungee jumping.

The Lord of the Rings had plenty of epic battles in it, but the biggest spectacle has to be the Battle of Pelennor Fields outside the city of Minas Tirith in The Return of the King. It makes sense, then, that this massive confrontation on wide-open fields of grass was filmed at Beh Ohau Sheep Station near the town of Twizel. It’s important to note that this sheep station is private land, but tours can be arranged in Twizel.

Although it’s not a filming location in the same sense as the other destinations on this list, it would be wrong to leave off the incredible Weta Cave. Located in Wellington, this is the headquarters of the Weta Workshop, the people behind the state-of-the-art special effects and props used in The Lord of the Rings. Here you’ll see life-sized sculptures and showcases full of props and a free documentary on what goes on behind the scenes with their work. 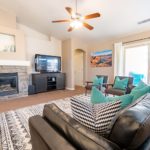 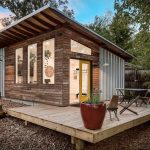 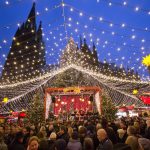 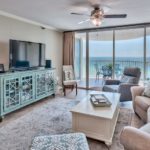 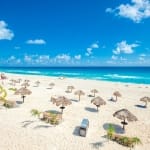 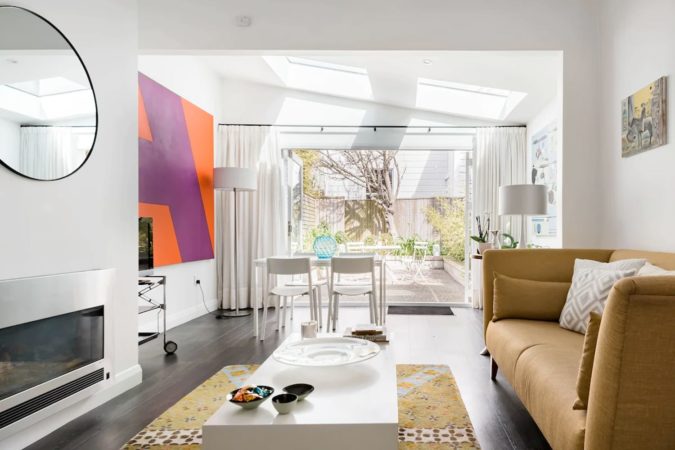 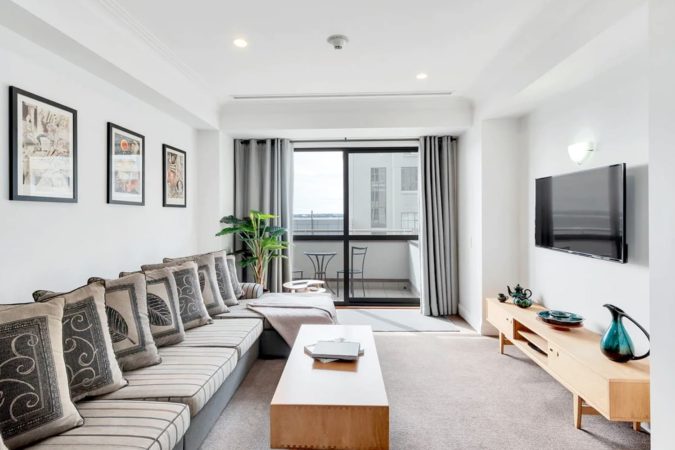 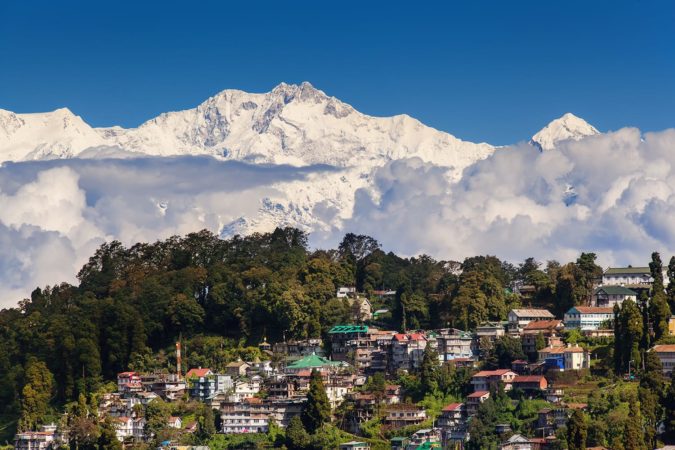 15 Best Things to Do in Darjeeling and Much More 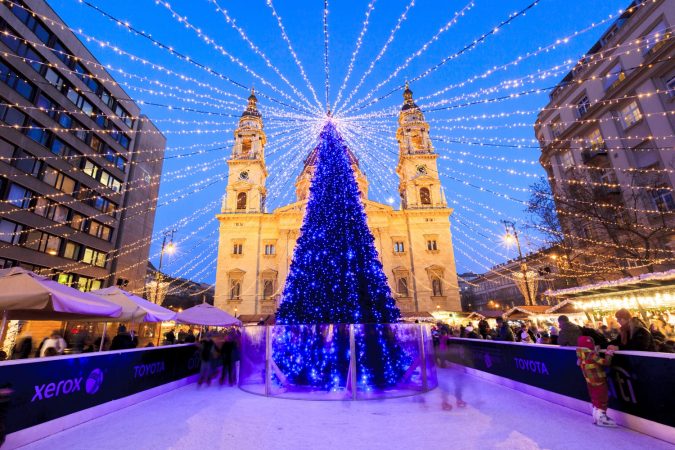