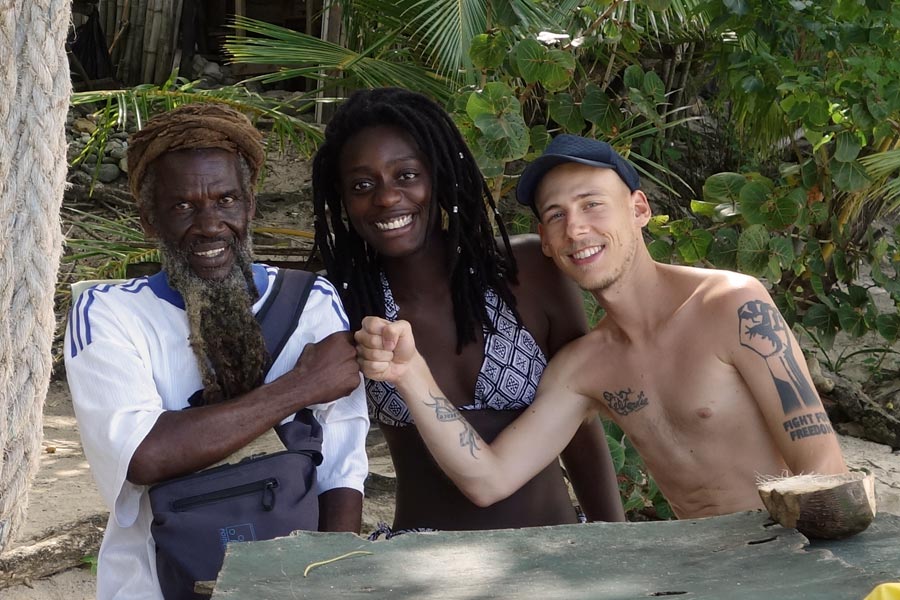 You see, Ben and I knew we were going to like backpacking Jamaica, but we weren’t expecting to fall in love with it. In less than five days, Jamaica had made it’s way to our top four favorite countries, right up there among Guatemala, Belize, and Colombia. We fell in love with Jamaica not for the resorts, the gorgeous turquoise water, the cheap weed, or the relaxing vibes, rather it was the love, respect, hospitality and sense of community of the people we encountered that turned our “like” for the island to pure love. Yah Mon!

The Jamaicans we crossed paths with were genuine, warm, welcoming and friendly. They’re like a new breed of humans. The kind of humans that respect each other, acknowledge their fellow man when he or she passes by, interact with tourist beyond the resort gates, and treat their women with respect by referring to them as queen, empress, princess, sista. Calling their fellow man brotha. Or after parting ways with someone you say RESPECT, in lieu of goodbye. The respect and sense of community was something we didn’t expect because that is a part of Jamaica not to many people talk about or ever see in the media.

It’s no wonder Jamaica was ranked by Happy Planet Index as the third happiest country in the world in 2009, while the USA ranked 114th. Who would have guessed, right? :D

Either way, that kind of rare (rare if you live in the states at least) characteristic would make you wonder why the hell are they so happy, friendly, welcoming and hospitable. At first one might think it’s because of the year around sunshine and beautiful seas, and the plentiful, giving mother nature or the ignorant might even say it’s all the weed they smoke. It’s neither, and not all Jamaicans smoke nor approve of it.

But honestly, why should we even care why? The fact is that they are genuinely nice people and that’s how every human should be too, regardless the reason.

So, in honor of the people that made our trip turn from good to awesome, we put together a photo essay to help spread their warmth and friendly vibes and to show you the welcoming faces of Jamaica. Enjoy! 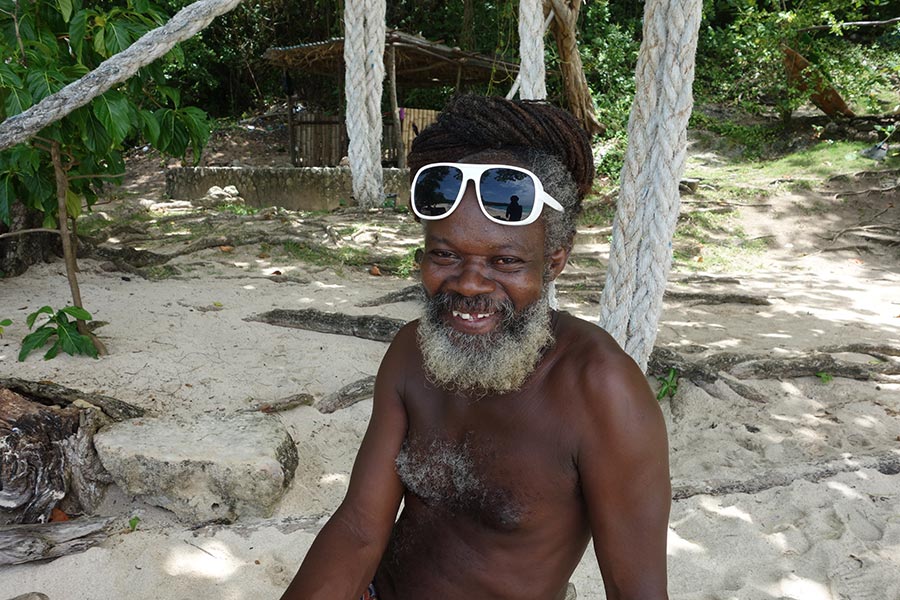 Little Steve is living the life, meaning he has all he needs, his little hut, the beach, coconuts, nature and his weed. What else can a man ask for?

Earthquake a.k.a Jah Tiger is a local artist that shared his music with us, my favorite song is Natty Dread!! Respect. 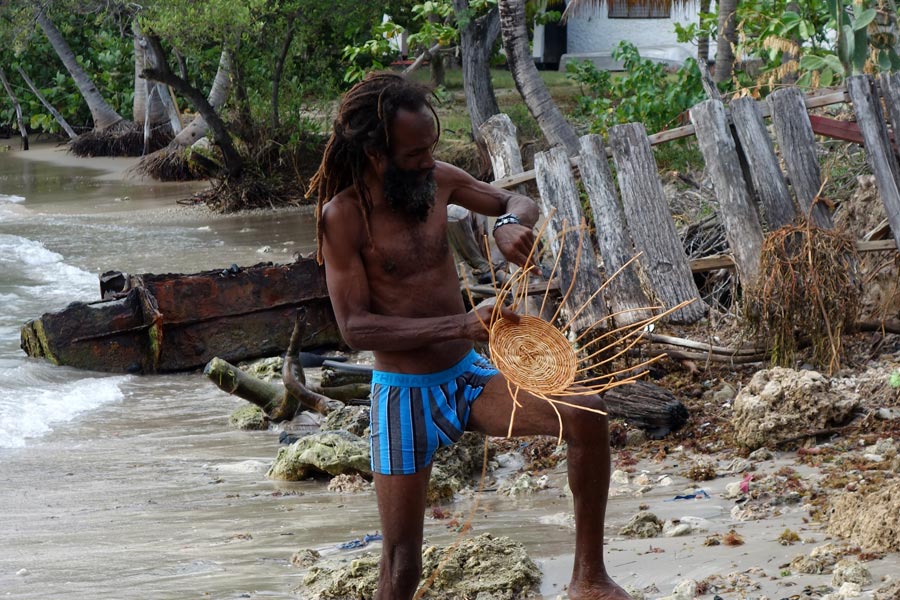 He calls himself the weaver, clearly you know why! He told us, when he is weaving he has no care in the world, it’s just him and his straws. “No problems, No worries.” After showing him the picture we took of him, believe it or not he actually gave us that basket for free and said “Welcome to Jamaica, I hope you enjoy my home.” 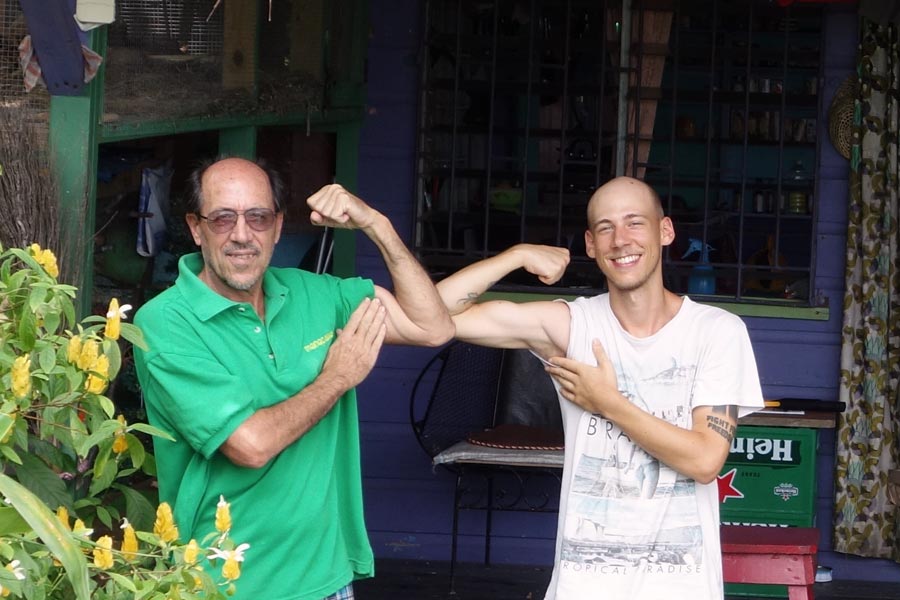 Mike made his dream come true when he moved to Jamaica and bought a piece of land up in the hills overlooking the city of Port Antonio. We stayed at his place, Mango Ridge Cottage for over a week and got to meet his lovely family, shared food, stories and played many games including dominoes, our favorite. His hospitality is one for the book! 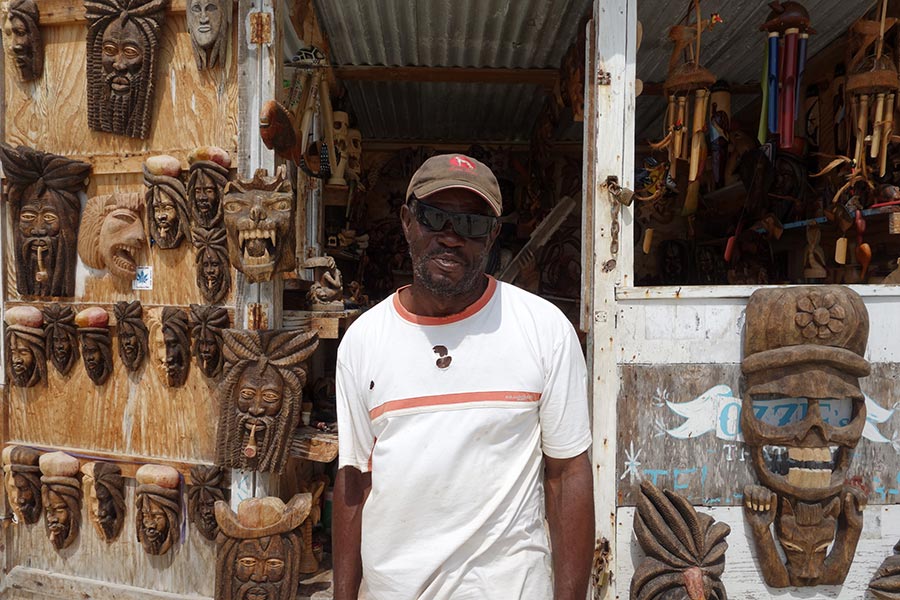 Mr. Take it Easy was helping out a friend who needed someone to look over his carvings while he was out of town. We had some really interesting conversations with him and not once did he ask us if we wanted to buy anything. In the end, we did buy a mask because the carvings were pretty cool. 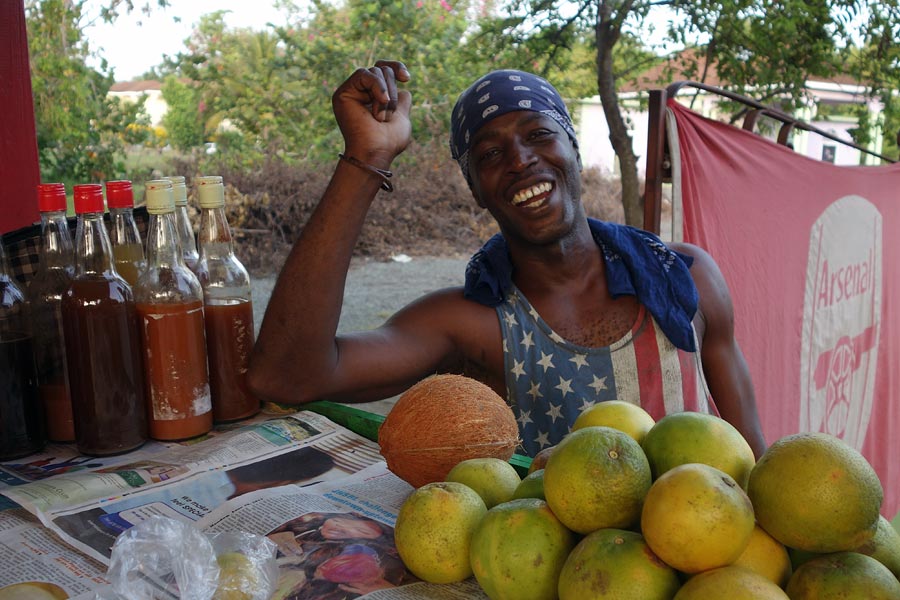 We went there for fruits and left with a friend … and fruits of course. Sharing stories with each other for over an hour by the roadside with no care of time because we were just hanging out with good company.

Seabird a.k.a. The Chicken Guy 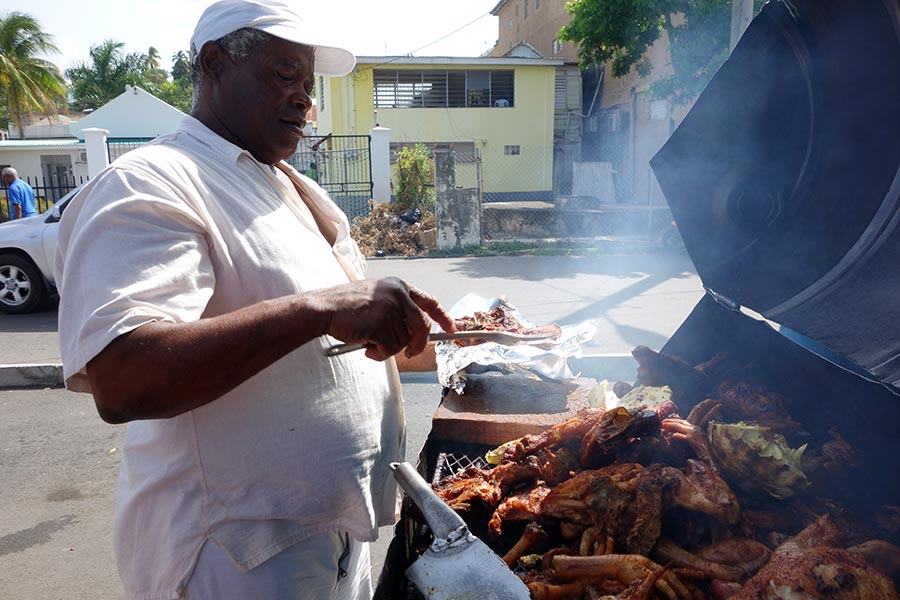 Beside being know as the chicken guy, he became “that guy” to us. Every time he suggested something for us to do, it turned out to be the best unexpected experience/adventure during our stay in Port Antonio. He suggest a hike to Cornwall Barracks, a nearby town that was gorgeous, with a suspended bridge over the Rio Grande, a hidden cave and just miles and miles of nature. We loved it! Seabird also suggested we stayed at the Mango Ridge Cottage, when we first touch down in PA. We loved our home away from home so much we stayed there for over a week. It’s safe to say he is a local with some great ideas, listen to the MAN! C’mon who doesn’t trust a man that sells chicken on the side of the road?

Traveling is not only about running from sight to sight, it’s about the people you meet. Respect the locals, support the locals, and most importantly interact with the locals because you never know how they can change your experience!!

Have you ever been to a country where the locals made it one of your favorites? Share below. 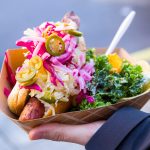 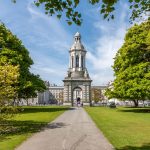 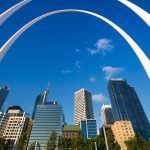 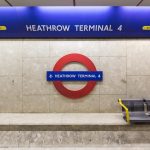 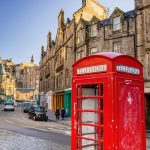 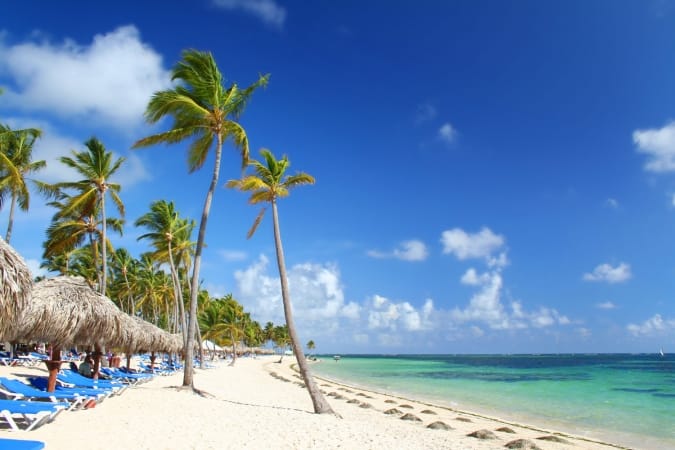 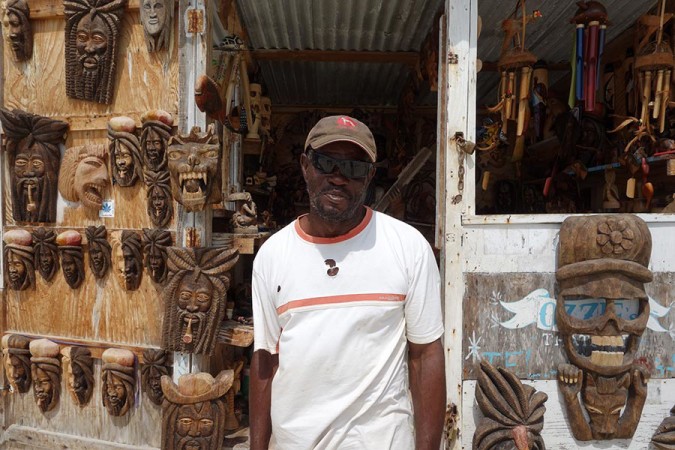 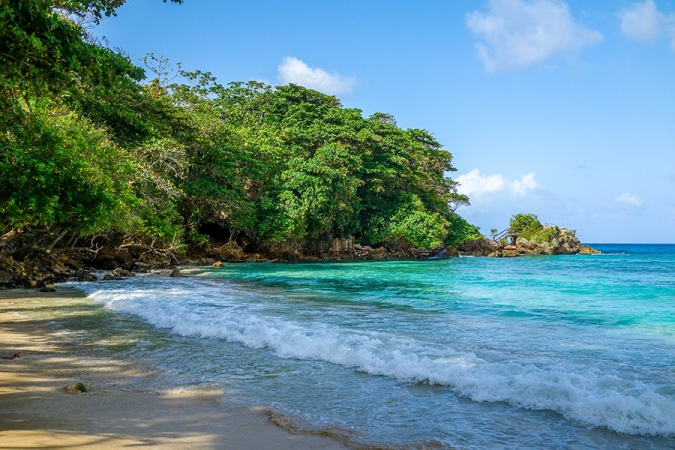 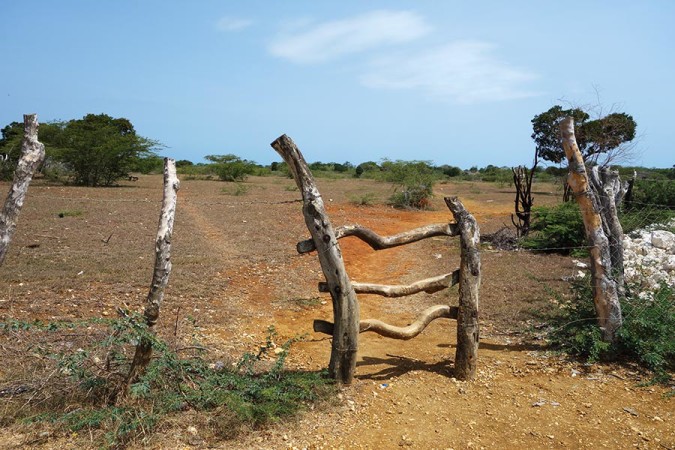 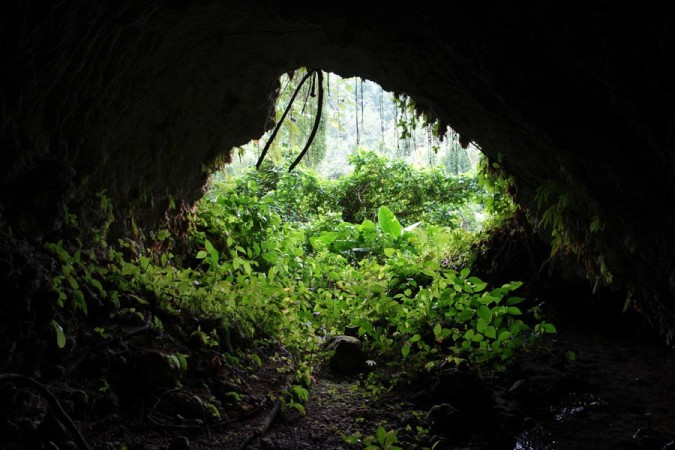 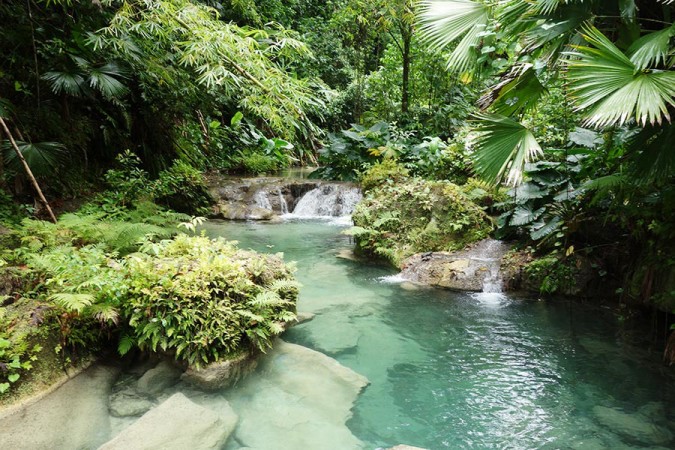 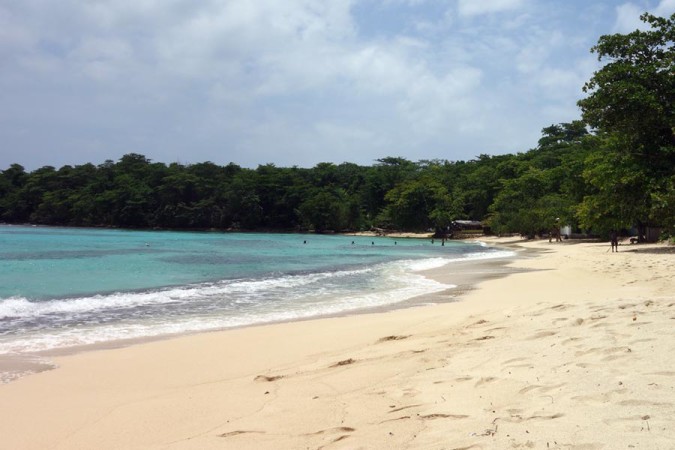 Why You Should Skip Negril And Go Straight To Port Antonio 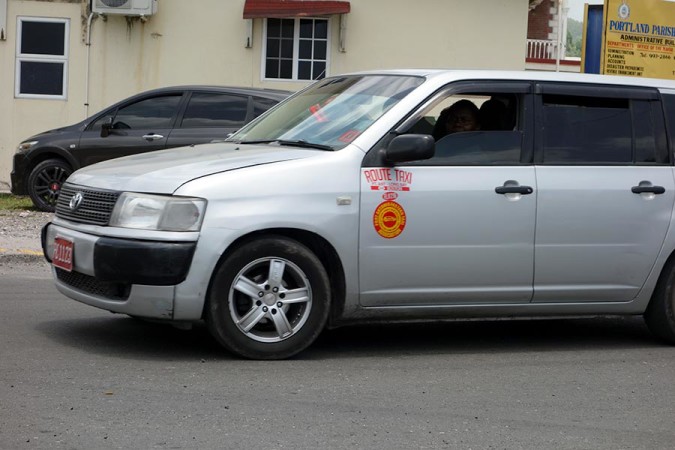 Getting Around Jamaica via Route Taxis