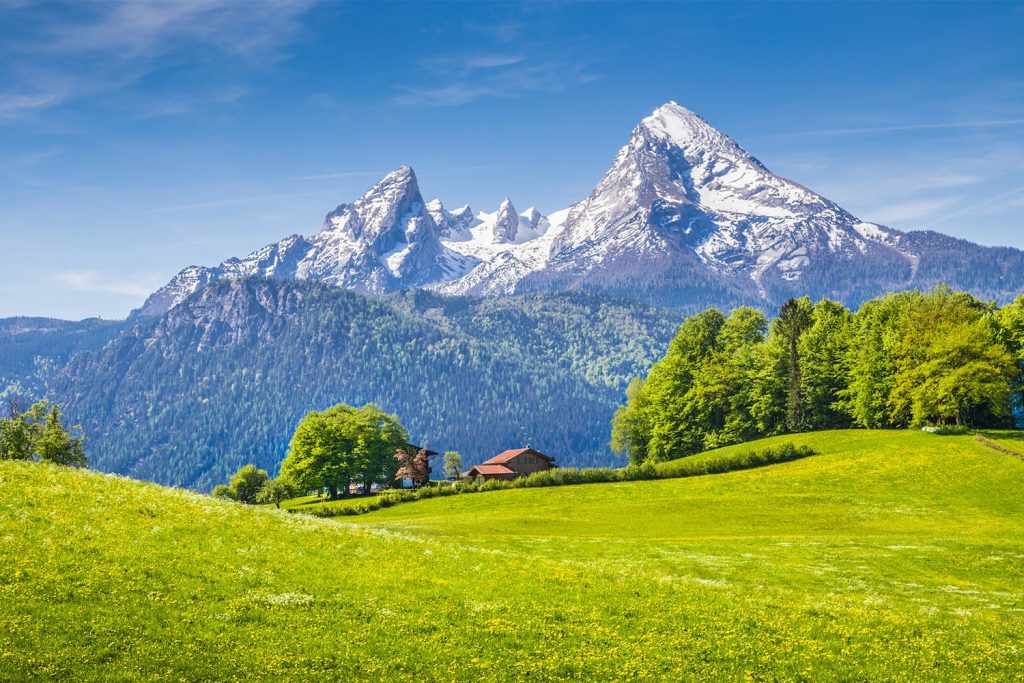 canadastock / shutterstock.com
Road Affair is reader-supported and may earn commission from purchases made through links in this article.

One of the most famous musical films, The Sound of Music, which was filmed in 1965 is still loved by many today. Each year hundreds of thousands of visitors flock to Salzburg, Austria to walk in the footsteps of the legendary Von Trapp family.

If you are a fan of the movie and wondering where the Sound of Music was filmed, you’ve come to the right place. From the gazebo where Liesl sings “16 going on 17” to the Abbey where Maria lived and got married, here are all the must-visit Sound of Music filming locations.

Recommendation: Relive the scenes of some of the most popular Sound of Music locations in Salzburg including Leopoldskron Palace, Nonnberg Abbey, and Mirabell Gardens on a guided Sound of Music tour. With an English speaking guide, and songs from the soundtrack playing throughout the tour, this Original Sound of Music tour from Salzburg won’t disappoint!

Marvel at the breathtaking locations for the Sound of Music and sing through the streets of Salzburg.

Founded in 714 A.D., Nonnberg Abbey (German: Stift Nonnberg) is the oldest female convent north of the Alps and is where the real-life Maria became a novice nun and got married to Georg von Trapp. Nonnberg is where four scenes from the movie were filmed: the scene of the nuns singing “Maria” in the courtyard, Maria leaving the abbey, the kids visiting her at the abbey, and the Nazi’s hunting the Von Trapps.

Visitors will notice the interior of the Abbey is different from the movie, as filming inside the convent was not allowed, so the interior scenes were shot in a Hollywood studio. A highlight of this Sound of Music location in Salzburg is hearing the resident nuns Gregorian chants in Latin at 6:45 in the morning inside the beautiful Gothic abbey.

The small yet beautiful flower filled St. Peter’s Cemetery (German: Petersfriedhof) was the inspiration for the cemetery rebuilt on set for the scene towards the end of the movie in which the Von Trapps hide from the Nazis behind tombs. Beside being the resting place of Mozart’s sister, Nannerl, this is also the resting place of Max Detweiler, “Uncle Max” from the movie.

This unique cemetery is one of the oldest (and most beautiful) cemeteries in the world and is Salzburg’s oldest Christian cemetery. The catacombs carved out of the rocks of Mönchsberg provide a stunning view over the beautiful cemetery and should be visited during your Sound of Music tour in Salzburg.

This baroque style garden, which was built in 1606 by the archbishop Wolf Dietrich for his mistress is a beautifully landscaped garden filled with gorgeous flowers, marble statues, fountains, and ample opportunities to reenact scenes from the movies. The iconic song, “Do Re, Mi” was partially shot here.

While visiting Mirabell gardens, you’ll relive the scene of Maria and the Von Trapp kids dancing around the Pegasus Fountain, jumping up and down the steps, as well as running through the hedge maze tunnel, all the while admiring the breathtaking view of Hohensalzburg Fortress in the distance. This film location spot, which can be visited for free, should not be missed.

Situated in the center of Salzburg old town is Residence Square (German: Residenzplatz), which is home to the largest (45 feet tall) baroque fountain outside of Italy. It is in this square while singing “I Have Confidence in Me”, that Maria happily splashes water in the fountain, The Nazi soliders also march through the square later in the movie and hang their flag over the entrance of the old Residence Palace.

Built in the 17th century to wash the horses of the prince-archbishop, the Horse Pond (German: Pferdeschwemme) was briefly featured in the movie as a backdrop to Maria and the kids singing “My Favorite Things” while dancing in their clothes made from curtains. In addition to being featured in the musical, the Horse Pond is well worth a visit in its own right. It is situation below the cliff side of Mönchsberg, and the bright fresco behind the horse pond makes for a gorgeous picture to add to your Sound of Music tour album.

Carved into the Mönchsberg, the Rock Riding School (German: Felsenreitschule) was initially built to be a cathedral, but was later repurposed by the archbishop into a riding school where tournaments were held. Today it’s Salzburg’s most popular concert venue and is where the real Von Trapp family won the Salzburg Music Festival in 1936. Fans will recognize this Sound of Music filming location from the scene where the Captain sings “Edelweiss” and his family joins him on stage to sing “So Long, Farewell”.

Frohnburg Palace played an important role in the Sound of Music as it was one of the two filming locations for the Von Trapp Villa. Once a private residence, the palace is now a Music Academy, the facade and large iron gate is where Maria first set her eyes on the Von Trapp family home towards the end of the song “I Have Confidence”. The Palace was also featured in the movie during the scenes in which the Captain rips the Nazi flag from above the doorway and during the family’s attempt to escape from the Nazis by pushing their car silently out of the gate.

Just outside the city center is Hellbrunn Palace, home to the Sound of Music gazebo. It was here that the most romantic scenes of the Sound of Music was captured; when Liesl gets her first kiss while singing “16 going on 17.” It is also where the Captain and Maria fall deeper in love with each other while singing “Something Good”. Though visitors cannot go into the gazebo, they can dance, sing, and take as many pictures as they please around it.

Make your visit to Hellbrunn even more exciting by taking a tour of the Trick Fountains at Hellbrunn Palace. The hour long tour takes you through grottoes, ponds, and walkways filled with trick fountains. Your ticket also lets you explore the inside of the palace. This is one of the best things to do in Salzburg and will be a memorable experience especially for the kids.

Leopoldskron Palace is one of the most important filming location for the Sound of Music as the majestic palace and perfect lake view backdrop served as the primary filming location for all of the lake terrace scenes of the Von Trapp family home. This includes the scenes in which Maria and the kids fall off the boat into the lake, and when the Captain and Uncle Max are drinking pink lemonade on the terrace. Though the interior of the mansion was never filmed in the movie, the palace’s gold Venetian ballroom and foyer were rebuilt in Hollywood for the interior scenes.

Today the palace is a boutique hotel. Staying overnight is the only way to visit the film location up close and to get a peek into the Venetian ballroom. Staying here is the ultimate Sound of Music experience as you get to live in the home of the Von Trapp family in the film. You can book your stay at Leopoldskron Palace here.

If you choose not to stay at the hotel, you can still view the Palace at a distance from the west side of the lake.

Fans can either book a stay at the Villa or simply visit on a guided tour which takes place every day and lasts about 45 minutes.

Mt. Untersberg is depicted twice in the Sound of Music, once during the opening scene in which Maria is singing the “Sound of Music” and again when the family is escaping over the mountain to Switzerland while singing “Climb Every Mountain”. Fans can easily access Mount Untersberg from Salzburg via bus and get to the top via cable car. More adventurous travelers can hike 2 hours to the top. At 1,853 meters above the Salzburg basin, Mt. Untersberg offers breaktaking views over the region and is worth the day trip from Salzburg.

Less than an hour bus drive from Salzburg is the picturesque lakeside town Mondsee. There you can visit the beautiful Collegiate Church of St. Michael where Maria and Georg von Trapp got married in the movie. This is a must-see for any Sound of Music fan. Make a full-day trip out of the location and stroll through the town, take a refreshing dip in the lake, hike up the nearby forest, and eat delicious seafood along the lake.

In the opening scene of the movie you get a gorgeous aerial view of the village of St. Gilgen and the popular lake, Wolfgangsee. The village and lake can easily be reached by train.

Want to have a picnic on the hills while singing “Do Re Mi”? then take the “Sound Of Music Trail” and retrace the Von Trapp’s steps up the Gschwandtanger. The short 1.4km hike from the Werfen town takes about half an hour to complete. Once at the top you can enjoy a picnic and breathtaking views of the surrounding areas and the Hohenwerfen Fortress.

Make your trip to Werfen a full day adventure by visiting both the Hohenwerfen Fortress and the largest ice cave in the world, Eisriesenwelt. Both sights will be a welcome addition to your Salzburg itinerary.

Situated just across the German border, atop the magnificent Rossfeld mountain, is the Rossfeld Panoramic Road which was used in the movie to show the safe escape of the Von Trapp family across the nearby Untersberg Mountain. The private road, Rossfeld Panoramic Road is the only filming location that’s difficult to get to without a car. If you don’t have a car, it is recommended to visit the nearby Untersberg Mountain to get just as spectacular views with easier accessibility.

Well there you have it, the top must-visit Sound of Music filming location in and around Salzburg. All locations can be visited on your own, but if you don’t want to deal with the hassle or you have limited time, consider taking a guided Sound of Music tour from Salzburg or Vienna. 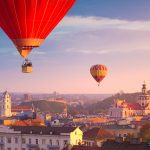 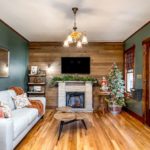 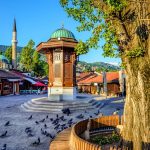 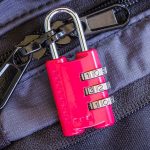 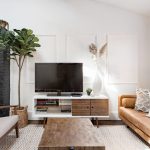 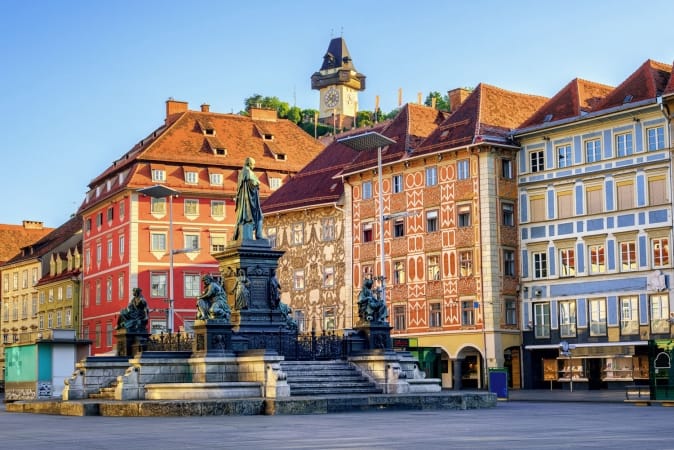 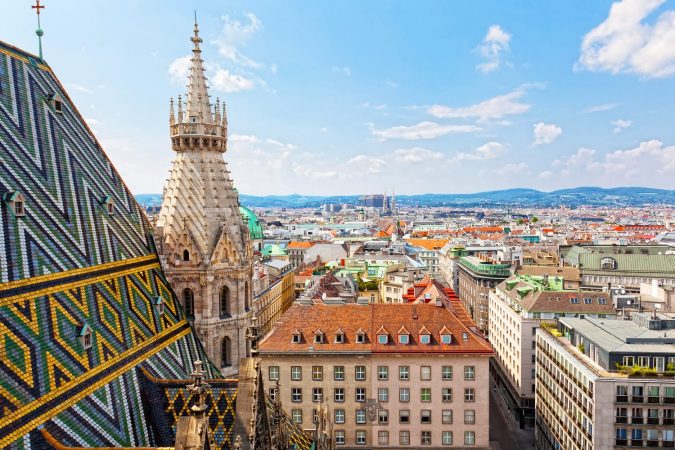 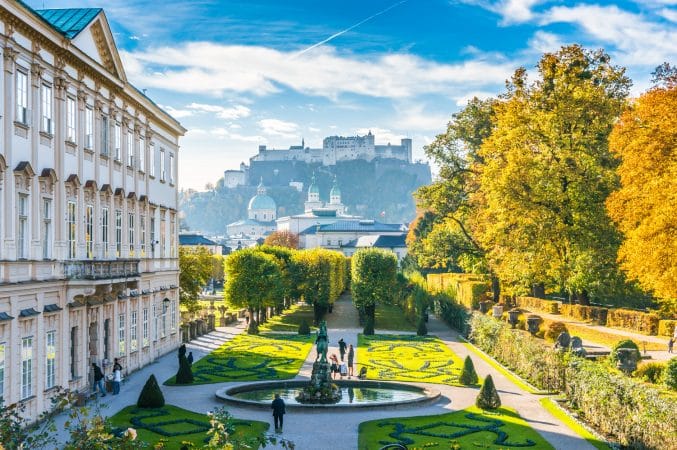 50 Best Things to Do in Salzburg, Austria 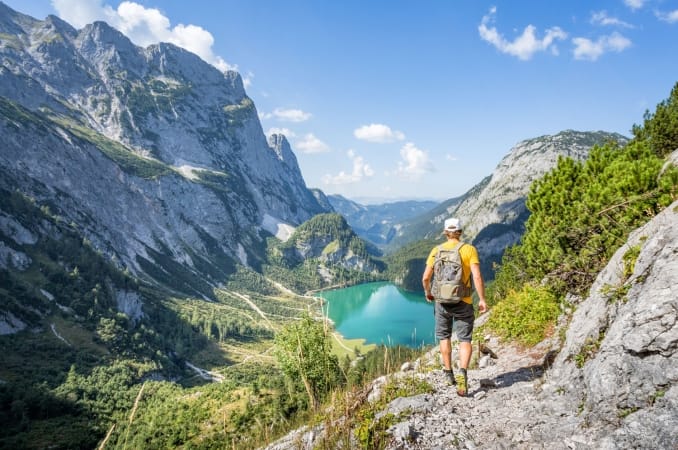 15 Best Places to Visit in Austria 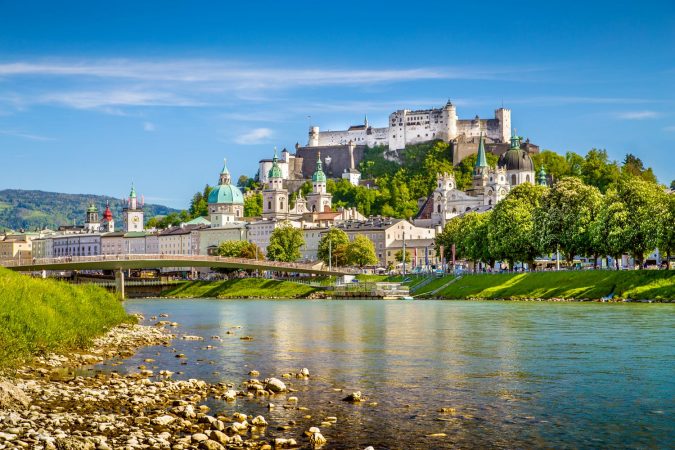 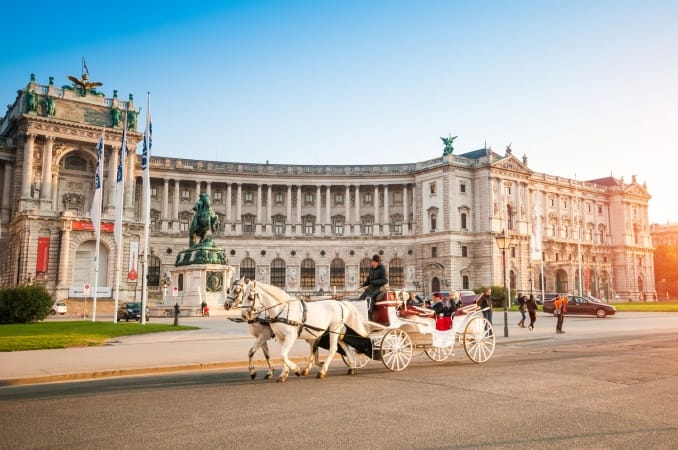 10 Best Things to Do in Vienna, Austria 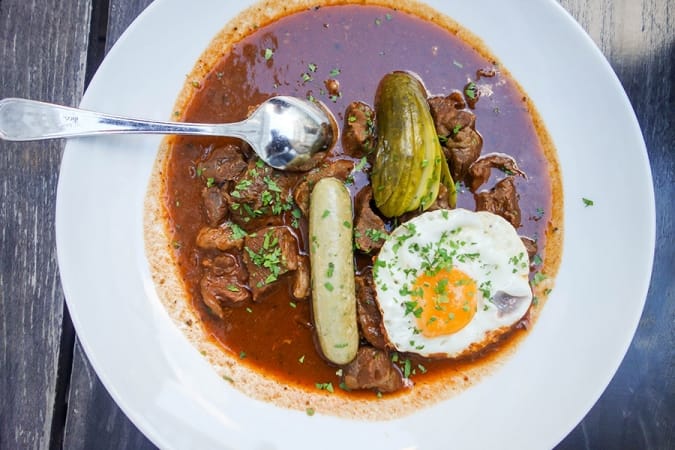 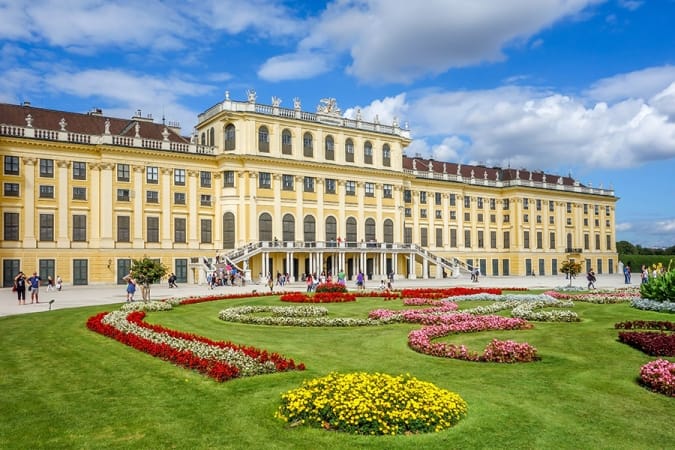 The Ultimate Guide to Backpacking Vienna on a Budget