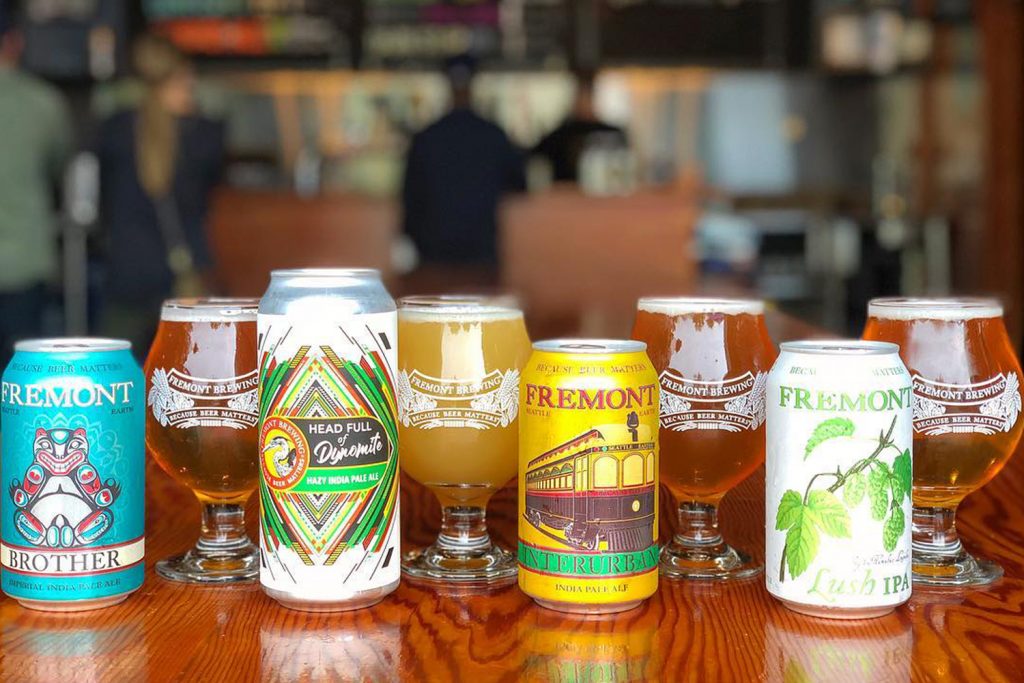 Fremont Brewing | Facebook
Road Affair is reader-supported and may earn commission from purchases made through links in this article.

Seattle is home to more breweries than any other city in the US, it’s hard not to notice more and more springing up. Because quantity doesn’t always equal quality, we’ve listed the best breweries in Seattle so residents and visitors can get their hands on the greatest craft brews in the area.

Who said that breweries are just for adults?! The whole family is welcome at Fremont Brewing, including the young ones and your furry best friend! Children get free soda while the adults indulge in Fremont’s artisan beer that’s sourced from local ingredients. Besides good beer, free pretzels and apples, and board games, the family-owned brewery boasts an outdoor patio that doubles as an urban beer garden. The garden has community tables as long as 18 feet, a cozy fireplace, and a beautiful waterfront view. With a fun atmosphere, BYOF (bring your own food) policy, and good beer and cider, it’s no wonder why Fremont Brewing is one of Seattle’s best brewing companies.

Named 2018’s best brewery taproom, Old Stove Brewing Company is a must-visit sight in Seattle. With over two dozen market-made craft beers on tap as well as a nice selection of cider and wine, Old Stove makes for a great pit stop while exploring the historic Pike Place Market. Their restaurant has a delicious rotating menu made up of appetizers, flatbread, and entrees created with local ingredients made from scratch and a full bar. With every good beer in Seattle, there is always a good view, and Old Stove has it. However, the best time to enjoy their breathtaking view of the Olympic Mountains, marine, and Elliot Bay is without a doubt during sunset. Fresh beer, good food, and a picture perfect view is always a good combo in Seattle.

This award-winning Seattle brewery has been on the rise since its creation in 2012. 24 beers rotate on the tap including barrel-aged beer and hard-to-find tasty sours! Did I mention that kegs are even available to go? Though food isn’t served, you can easily grab a bite from the nearby food trucks or local pizza shops (discounts are sometimes available) and enjoy it at the brewery. The taproom is kid-friendly and Thursdays are dedicated to hosting different charities. It goes without saying that Reuben’s Brews is a popular and high-quality addition to the Ballard neighborhood.

Right around the corner from Reuben’s is the famous stouts and porters brewery, Stoup Brewing. The renowned Berliner Weisse (available with woodruff or raspberry syrup) and their robust porter are two of their must-try beers, while there are numerous other beers that are loved and praised by the masses. Delectable bites are available in the taproom, and the food trucks parked out front are a great option when looking for something to eat in the Ballard brewery district.

Since 1989, Pike Brewing Company has been killing the brewing game well before craft beer was even cool. Even now with the rise of breweries in Seattle, Pike still remains popular and for good reason. Some popular beers from their wide selection are definitely the Pike Kilt Lifter and XXXXX from their eight year-round beers and their Pike Honeymoon Suite from the seasonal selection. Pike has in-house pub, a restaurant that boasts an oyster bar, and tours. The tours of the brewery include beer samples and an inside look behind their brewing process. The Pike Pub also doubles as a microbrewery museum where guests marvel at the substantial collection of beer memorabilia and art. Nobody comes to the Pike Place Market without being drawn in by Pike Brewing Company.

Ghostfish serves up top-notch beer that just so happens to be completely gluten-free, even die-hard beer fans can’t taste the difference. Washington’s first and only gluten-free craft brewery ditches the barley and instead crafts their small-batch beers using grains like buckwheat, brown rice, and millet . On offer they have five flagship beers and a handful of seasonal and limited-release beers. The “Peak Buster” and some of their Belgian-style ales are highly recommend. Besides their unique beer, Ghostfish’s taproom doubles as a full 100% gluten-free restaurant that boasts a scrumptious menu. Happy hours are always popular times at Ghostfish Brewery Company as well as their Sunday brunch. Being right near Seattle’s sport stadiums, Ghostfish makes for the perfect spot to enjoy a cold beer and cheer on the Mariners, Seahawks, or Sounders!

Housed in the Interbay neighborhood, Holy Mountain is one of the most exciting breweries in the city. Their barrel-aged saisons and sour beers are among some of their most popular, but with no year-round beers and a menu that’s constantly changing, the anticipation of what beer you’ll enjoy next is part of the fun. Most of their beers are oak-influenced, but they also rotate a variety of hop-forward lagers and ales. Never knowing what to expect at Holy Mountain Brewery is part of what keeps beer lovers coming back over and over.

A steampunk-style building in Georgetown is where some of the best English-style cask ales are crafted. Machine House Brewery has been brewing in small batches since 2013 and even has a regulars club where members get $1 off pints, invites to special events, and lots more goodies! They have three signature ales and all of their beers are relatively mild. The tasting room serves seven of their own cask ales along with cider and a guest tap with beer from other breweries in the state. Experience some of the best of British tradition at Machine House Brewery.

Rather than considering themselves a brewery, Standard Brewing has adopted the brewpub model where they now function more like a bar than like a tasting room. When it comes to beers, hop-forward style beers dominate their selections. In addition to their beers, they also serve liquor and food now. Though Standard has a small space, their outdoor area is perfect for hanging out and meeting new people. Regularly changing up the options on offer, great beers are a given at Standard Brewing.

Making waves in the Magnolia neighborhood, Urban Family is finally getting the recognition its worked so hard to earn. This small craft brewery focuses on Belgian and French farmhouse styles as well as some of the best sours in the city. They really value variety so they don’t have any flagship beers and their lineup is constantly changing and evolving. Urban Family’s taproom is child and dog-friendly, and serves non-alcoholic and gluten-free drinks as well as free pretzels. This family-run brewery is constantly innovating and ready to wow beer lovers with their new and exciting flavors.

A few blocks north of Pike Place Market is the modest Cloudburst Brewing. Their focus is mainly on bold IPAs and their impressive rotation means options rarely repeat. Many of their ales are famous for having eccentric touches, like being infused with citrus. The Market Saison is a must-try because they swap flavor combinations based on what’s fresh and in season. The founder used to be an experimental brewer, so all the concoctions are sure to be some of the best in Seattle.

Second only to their beer, the impressive rooftop beer garden is a highlight of this microbrewery, hence their name! Along with ten beers on tap, Rooftop Brewing has cider on tap and free popcorn. Their Makeda Coffee Porter is nearly iconic with its smoky notes and chocolate malt flavor, so it definitely a must-try. As for food, food trucks are scheduled to be there every day of the week with choices ranging from vegetarian and Latin American to Asian and burgers. Rooftop is dog and kid-friendly, and guests can even rent out the brewery downstairs for private events.

Adding some flavor to Seattle’s oldest neighborhood, Georgetown created one of the city’s original craft beers, Manny’s Pale Ale. In addition to their champion brew, they have five other full-time beers that are fantastic in their own right. Free samples are offered in the tasting room while cans, kegs, and 64-ounce growlers are available to go. $5 tours give beer enthusiasts a peek at the entire brewery and a look into the brewing process and the different styles of beers. Everyone knows what to expect at Georgetown Brewing Company – “darn tasty beer”.

Peddler Brewing Company is a great place for the whole family, and dogs. At Peddler, there’s always 12 beers are on tap with guest cider, fizzy water, and kombucha on rotation. Beside enjoying a good cold one, there is always something going on, from movie nights to pun slams and fundraisers, there’s always fun waiting to be had at Peddlers. As a bicycle brewery, bikers are welcomed and can enjoy bike races on TV in the beer garden. Though there’s no kitchen inside, they do have their permanent food truck, Cycle Dogs, in their beer garden, and a convenient pickup window cut out of a fence to the next door restaurant, Mean Sandwich. While there’s so much great stuff going on at Peddler, tasty, small-batch, house-crafted beers continue to be the all-stars that draw in guests from all over.

Bold and innovative flavors are synonymous with Schilling Cider House. They boast more than 250 specialty bottles from around the world and rotate 32 local and craft cider taps spanning from sweet to dry. Cider-making classes are available for small groups of all cider-making abilities. Pouring the country’s largest selection of craft hard ciders made with only 100% fresh-pressed apple juice (with no colors or artificial flavors), it’s clear you’ll be in for a high-quality treat when you visit Schilling Cider House.

Serving everything from premium IPAs to world-class sours and stouts, there’s no better place in the world for a beer lover than Seattle. Nothing could be better than the superior flavors, quality service, and community atmosphere offered at the best Seattle breweries in the Emerald City. Get excited to taste your way through the best breweries in Seattle. 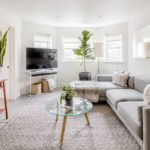 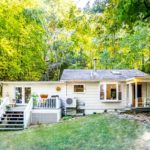 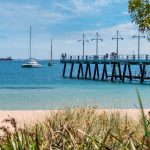 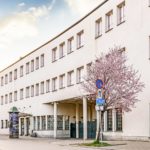 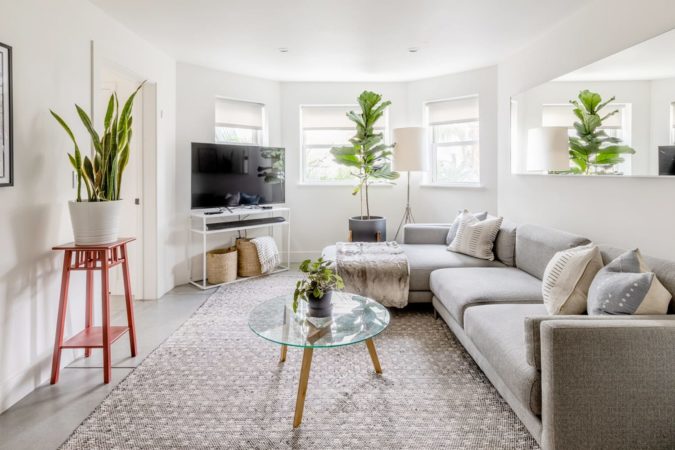 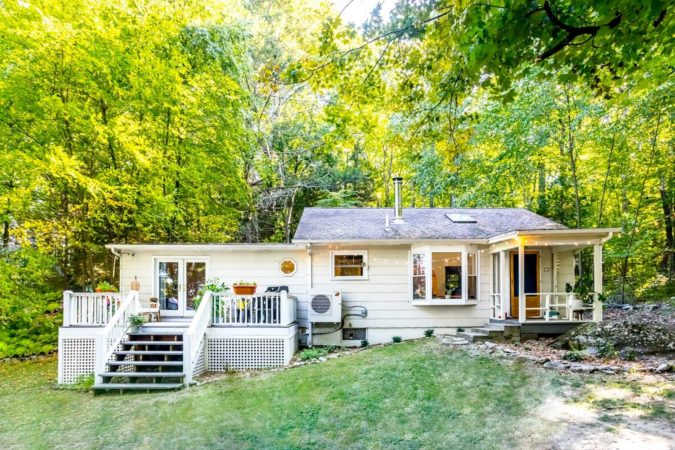 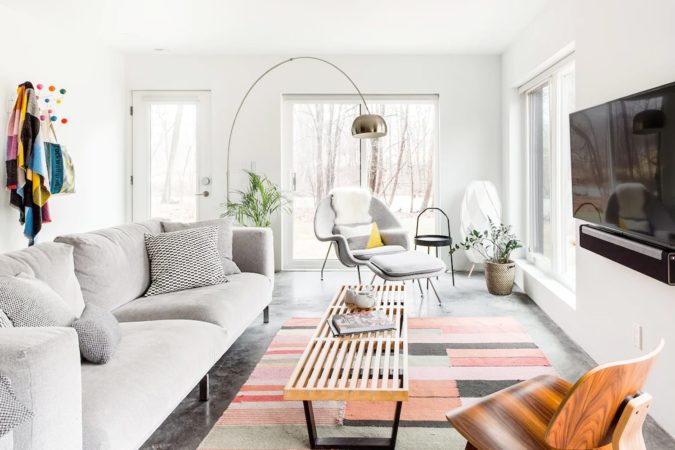 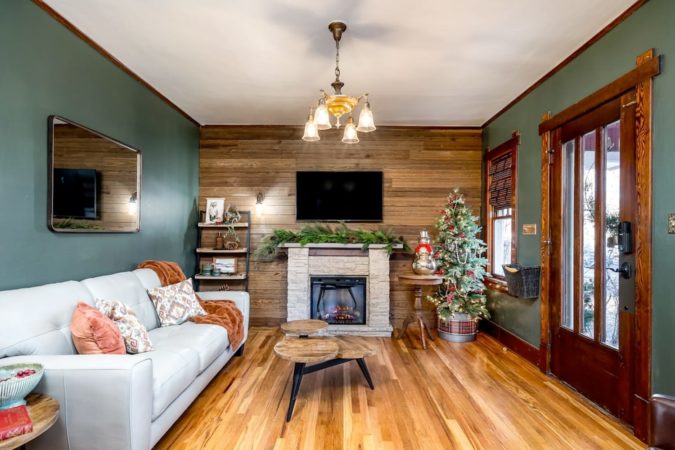 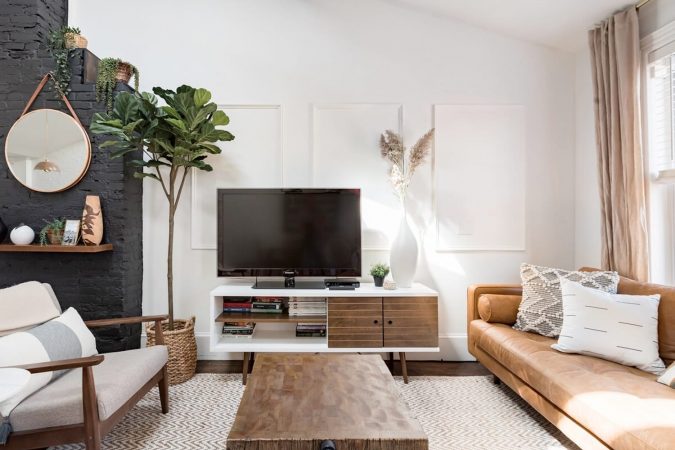 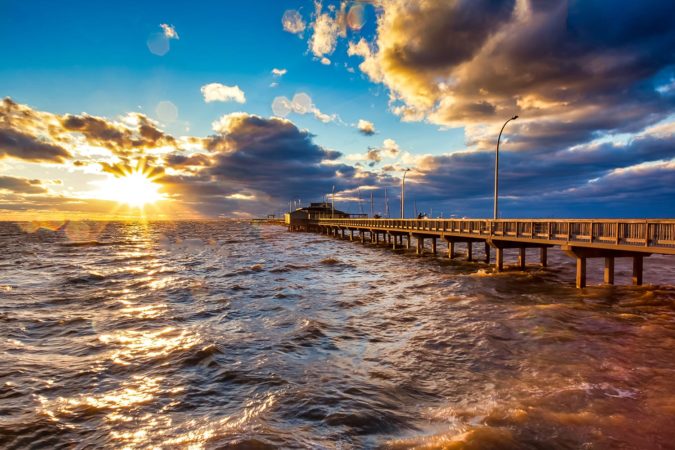 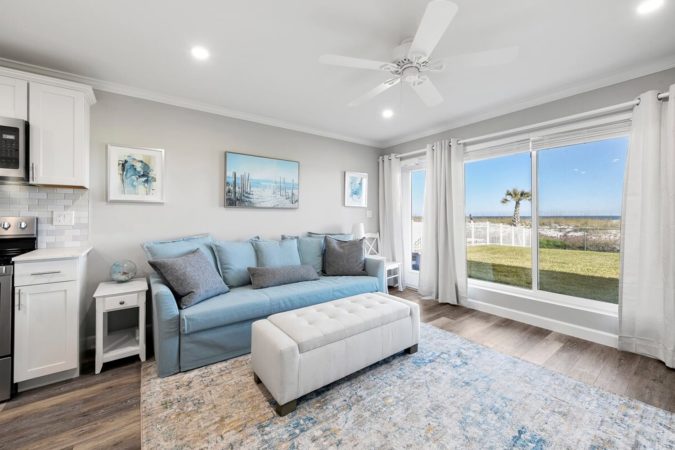 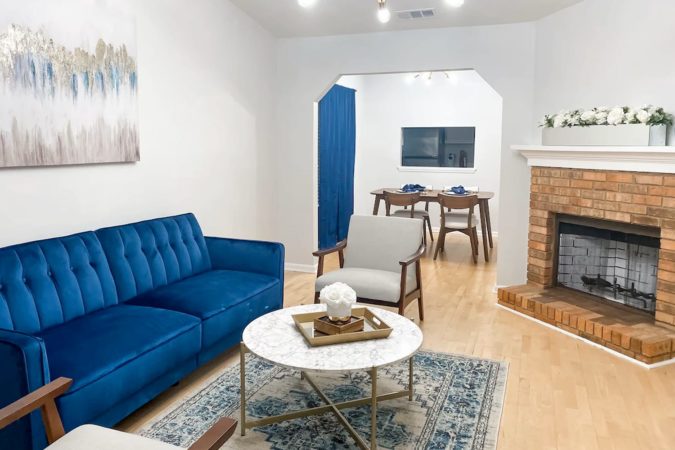