Amsterdam is one of the most visited cities in Europe, and for good reason. Despite its popularity, the city still somehow manages to remain effortlessly cool, a testament perhaps to the Dutch way of life. With decent public transport, an abundance of culture, a thriving nightlife and history around every corner, the best things to do in Amsterdam will satisfy every and any traveler.

Recommendation: If you plan to do a lot of sightseeing while in Amsterdam we highly recommend getting the I amsterdam City Card. The card gives you free access to dozens of museums and attractions, and unlimited access to Amsterdam’s public transportation.

Explore the Canals by Pedal Boat

Amsterdam is famous for both its distinctive architecture and its canals, and let’s be honest here – a city is generally best seen from the water. Being on the water tops the list of the best things to do in Amsterdam, and you can check out the canals for yourself via a standard, run-of-the-mill boat tour OR you can hire a pedal boat and ferry yourself around the waterways.

At the very least, all that pedaling is sure to burn off the calories from all the Stroopwafels you’ll surely consume.

Insider Tip: Want a touch of luxury? Explore the canals of Amsterdam on a romantic dinner cruise. 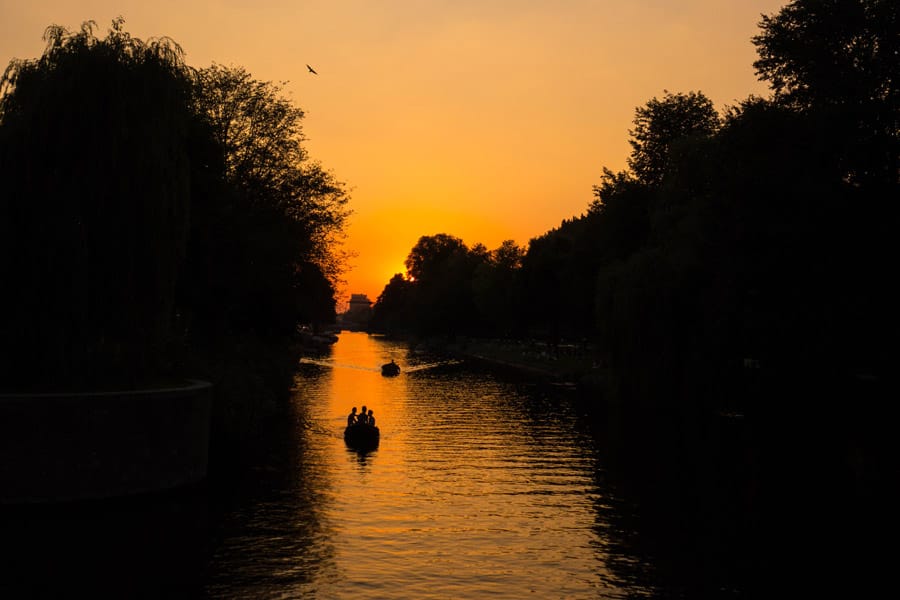 Soak Up the Sun at Blijburg Beach

Yep! There is a beach within a stone’s throw of the city, easily accessible by public transportation. Hop on the tram 26 at Centraal Station for 15 minutes to IJburg and then walk another fifteen (or bike, if you feel so inclined) and you’ll arrive at Blijburg Beach. It’s a real beach, with actual sand and you’re able to swim in designated spots. There are also a few places to grab a feed and the area has a pretty decent nightlife, allowing you to transition from fun in the sun to just general fun.

Keep in mind that Holland is not exactly renowned for its weather, so if it’s a sunny day, you may find yourself battling with the locals for towel space.

Wander the Streets on Foot and Stop at Cafes Around Town

Although most Amsterdam travel guides will strongly encourage you to “experience the city like a local” by hiring a bike and riding to each destination, I’m not sure if this is really the best advice. The scars I’ve got on my knees from falling off my cycle after getting cut off by another rider may argue otherwise.

Amsterdam is an extremely walkable city, with excellent public transport in the form of both trains and trams. There is something really nice about seeing a city by foot. You’ll undoubtedly uncover corners you never knew existed. Be sure to take a break every now and then to order mint tea at various cafes and indulge in one of travel’s greatest joys – people watching. 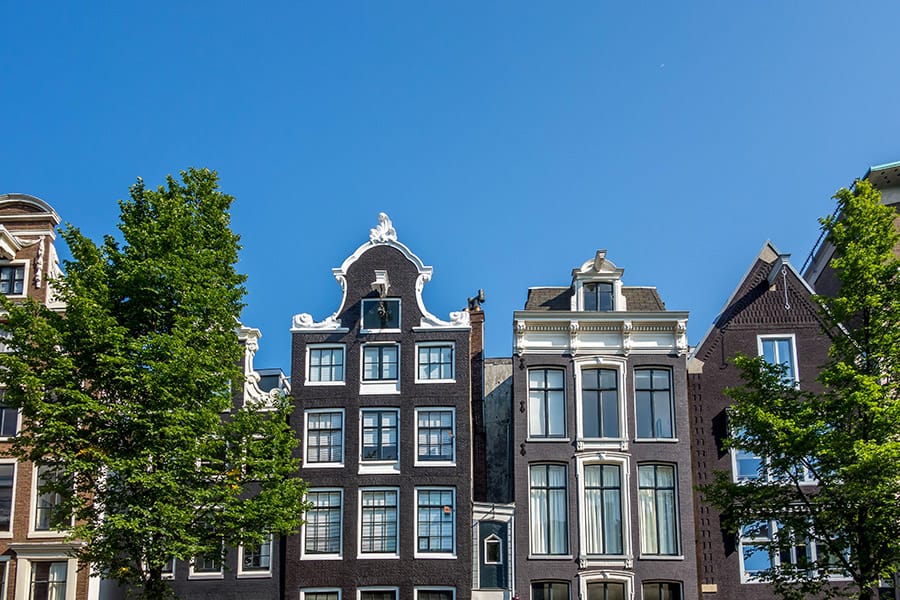 Check Out Some of the Weirder Museums

Amsterdam is a bit of a cultural hub and plenty flock to the city in hopes of visiting some of its famous museums. Just steps from some of the best hostels in Amsterdam, you’ll find the renowned Rijksmuseum and the Van Gogh Museum.

Yet, did you know that the Dutch capital is also home to a bunch of smaller and lesser known museums? From photography to houseboats, soft drugs and even cats in art… Amsterdam’s cultural scene is far from boring.

Go to the Anne Frank House

One of the best things to do in Amsterdam that is off the well-trod tourist route is the Anne Frank House. Most people have read the book at some point in their youth, but seeing the setting where the events played out in the flesh is something else entirely.

Make sure you book your tickets online in advance to avoid a lengthy queue!

Once you’ve toured the Anne Frank House, you may as well spend a bit of time seeing the highlights of the local suburb.
Jordaan is arguably one of the prettiest and most iconic areas of the city, so it’s no surprise that it’s one of the ten best things to do in Amsterdam. There are plenty of places to eat, drink and be merry. The area has some fantastic vintage stores, for the thrifter in you. If it’s a Saturday, head to a local market, such as the Lindenmarkt or Noordermarkt, the local flea market.

Head to the Red Light District

I suppose you could visit Amsterdam and not go to the Red Light District, but what fun would there be in that? Within the district, also known as De Wallen, you’ll find a number of sex shops, theatres, peep shows, both sex and cannabis museums and coffee shops that sell marijuana.

The amount of time that you spend there is up to you, but it’s worth stepping foot in. Just make sure you visit well into the night (around 11pm is ideal), as that’s when the place really starts to “light up”. Try not to go alone, look out for pickpockets and do not take photos of the prostitutes in the window. It’s not only banned, it’s disrespectful.

Catch a Flick at the EYE Film Institute

If you’re after a more family friendly activity, one of the best things to do in Amsterdam is catching a film at the EYE Film Institute. The building itself has already become an icon within the city, despite being relatively new (it opened in 2012), and it prides itself on showcasing the most beloved films within cinematic history. The institute has its own museum dedicated to the silver-screen and a cafe/restaurant which looks out over the water.

Rifle Through Vintage Items at the IJ-Hallen Flea Market

In fact, if markets and thrift stores are your thing, combine the two and head to the IJ-Hallen flea market on NDSM wharf. It’s held the first weekend of every month and you’re guaranteed to find a few bargains and quite possibly purchase a few things you didn’t really need in the first place.

Where to Stay in Amsterdam

Here are our top recommendations of hostels and hotels in Amsterdam. All are centrally located, highly rated and have excellent facilities.

Don’t forget to also take a look at Airbnb. They have many accommodation options available in Amsterdam, and many of them are cheaper than your average hotel. For recommendation check out our list of the best Amsterdam Airbnbs.

From the well-trodden tourist path, to activities a little bit more of the beaten track, Amsterdam has something to offer all of the millions of travelers who continue to flock to the Dutch capital year after year.

Want to learn more about Amsterdam and its attractions? Check out our list of the best tours in Amsterdam worth paying for. Amsterdam is also a great base to explore the rest of the Netherlands from. For recommendations on day trips from Amsterdam click here. 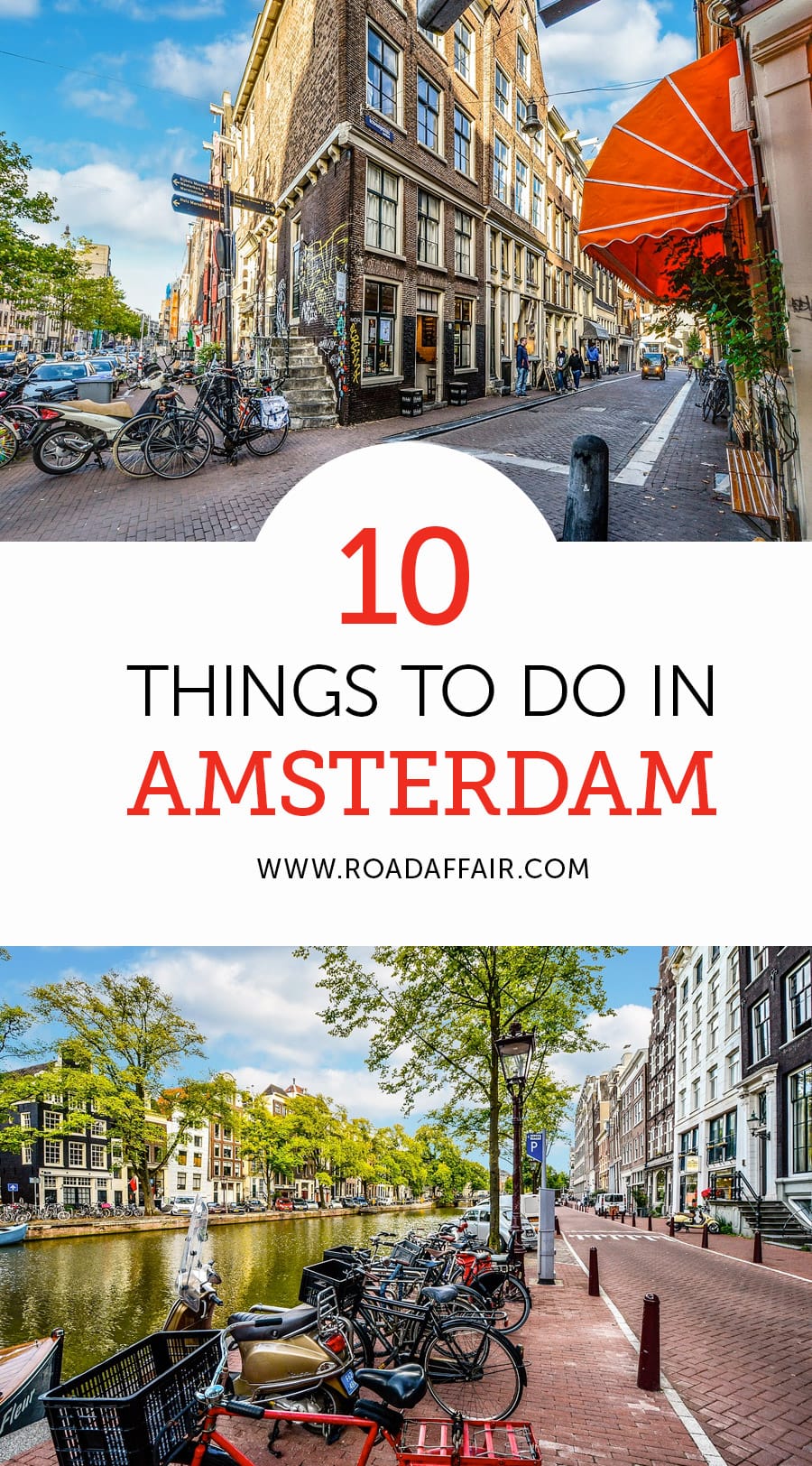 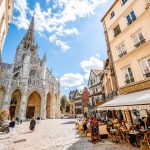 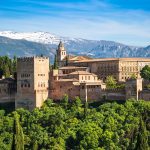 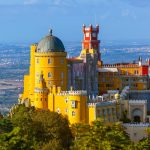 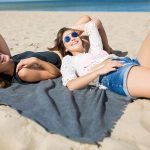 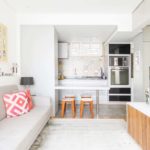 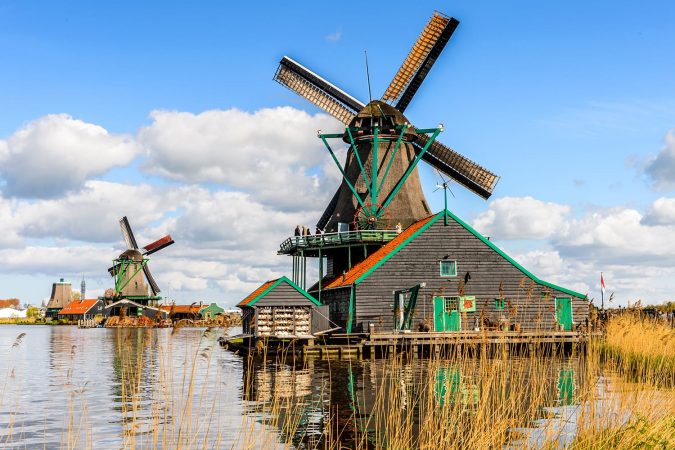 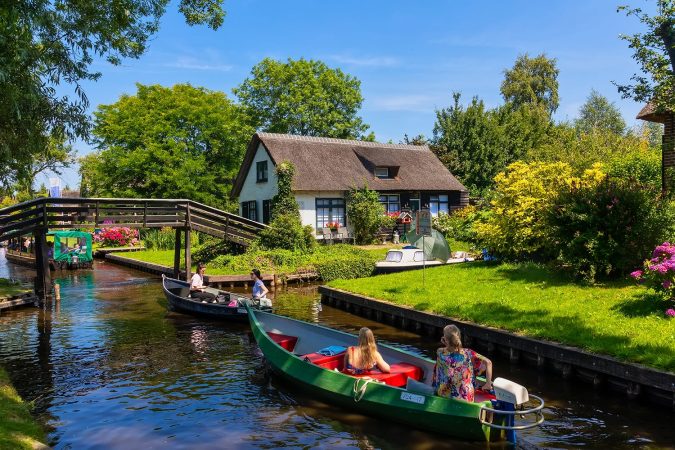 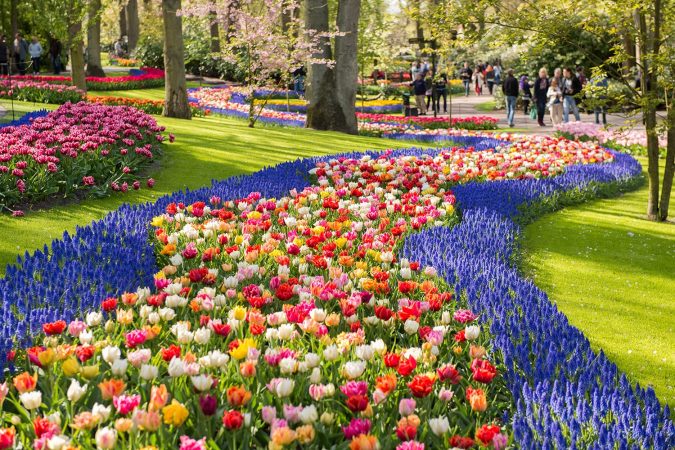 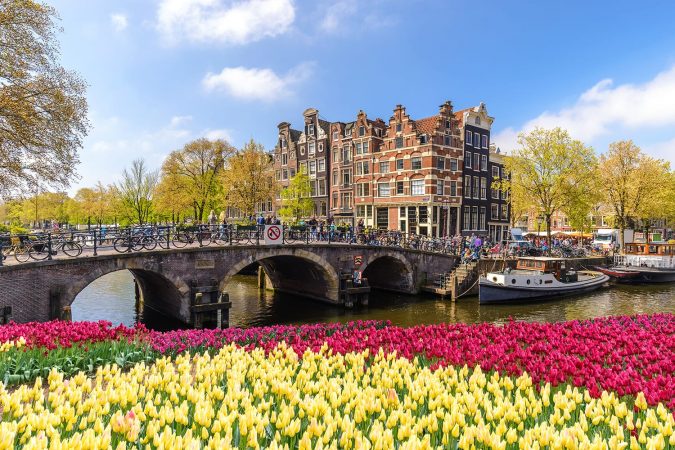 10 Things NOT to Do in Amsterdam 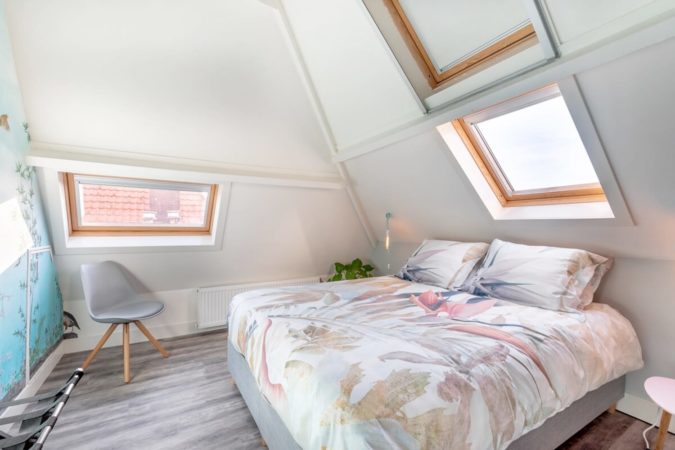 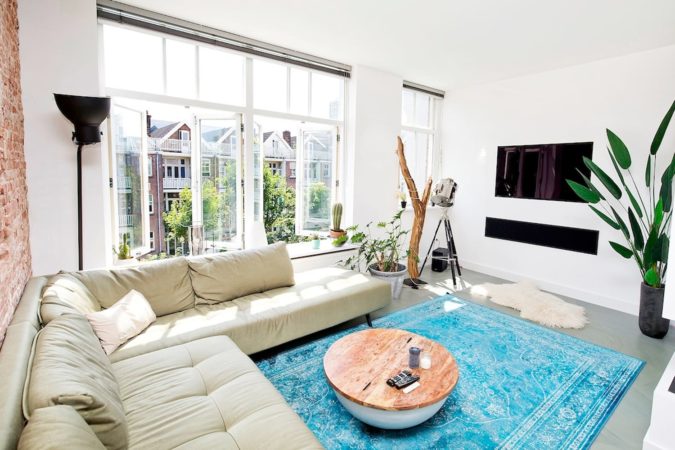 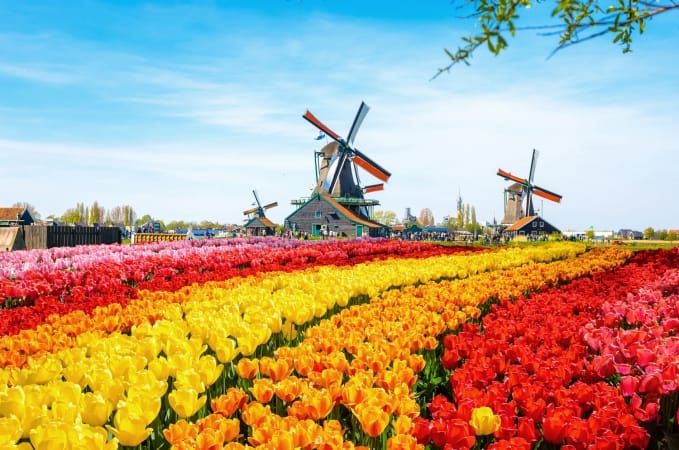 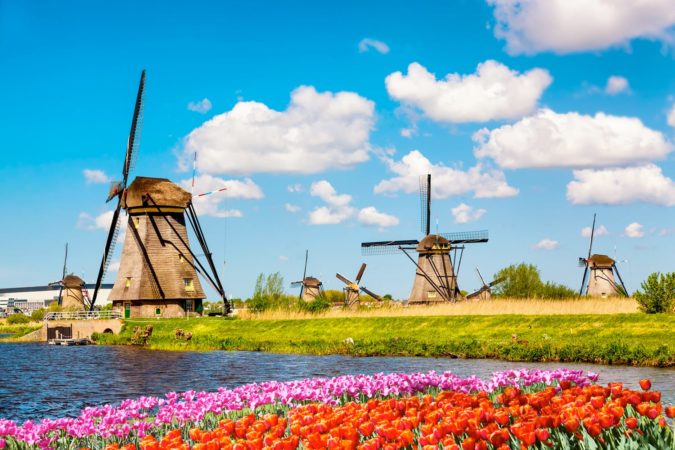